Dr Quasim is Volunteer of the Year 2022 Blacktown Multicultural Policy and Strategy was adopted by Council in 2019. These awards recognise and celebrate the extraordinary contributions made and leadership shown by the residents from multicultural backgrounds, local multicultural service providers and businesses within Blacktown LGA. Dr Quasim, resident of Blacktown City Council, was nominated for the award by Mr Abbas Raza Alvi, President, Indian Crescent Society of Australia Inc (ICSOA) for consideration as a senior who has been silently serving the Blacktown City community for the last three decades.

Dr Quasim (PhD in Chemistry), retired scientist and ardent researcher in Quran and Science for the last five decades, settled in Blacktown, NSW during the  mid 1980’s.

Dr Quasim has been instrumental in inspiring and mentoring people from multicultural backgrounds in various community projects. For 35 years consistently and still ongoing, he has guided new migrants to help them to settle quickly and thus easily take active part in the large Australian community.

The award ceremony event was an interesting night filled with multicultural performances such as by Aboriginal Nulungu Dreaming, the ladies dance by the Blacktown Nepalese Community, Polish folk dance by Polish Song and Dance Ensemble Lajkonik, Pacific Island Performance by Mana at Heart and the African drummers from Ghana, each group livened up the evening with their stunning performances. The first keynote speaker Om Dhungel consultant, Strength-Based Approach spoke of his personal experience as a refugee from Bhutan, his work in refugee settlement, community development and refugee support work. Second keynote speaker Pino Migliorino Chair and Managing Director, Cultural Perspectives Group spoke of his involvement in ethnic affairs and multicultural policy and how much he enjoys his work in the ethnic community of over 40 years across three sectors of government administration

The MC was Akano Amunda and the program started with Welcome to Country by Aboriginal elder Aunty Julie Clarke Jones, the introduction of the current board and newly elected Blacktown Council, and Mayoral welcome. Other chief guests included Councillor Carol Israel, Chair of the Multicultural Advisory Committee, Councillor Julie Griffiths JP, community leader Abbas Chelat and many others., Dinner was served in between the program – a buffet of scrumptious Afghan cuisine by caterer Tamim Hashimi followed by dessert of Indian and Lebanese sweets.

Dr Quasim was born at Tirur, Kerala State India in 1934 and obtained his tertiary education from University of Poona, India graduating with Bachelor of Science in Biology and Chemistry, Masters and Doctorate in Chemistry.

He was a research scientist at National Chemical Laboratory in the field of Medicinal Plants and Industrial chemicals from 1959-1972. He has 11 research publications in academic journals and four patents in Medicinal Chemistry.

He worked in Nigeria for 13 years as a science teacher and resource developer for science teachers of Kano State of Nigeria. He developed Islamic Religious Knowledge curriculum for HSC level (co-curricular activity). He published several science-related Quran articles in the early 1980s.

From 1986 he worked in Australia as an industrial chemist. For 20 years on weekends, he taught the holy Quran in different locations in Sydney. He organised and held science related discussions in community centres which were well attended. Dr Quasim provided free science and mathematics tuition based on past exam papers to Year 12 students from multicultural backgrounds and organised awards to be presented in front of large public gatherings such as the annual Multicultural Eid Festival and Fair (MEFF) held at Fairfield Showground to inspire young people to further their achievements in the best possible way to contribute to the larger Australian community both at individual and community level.

He is a Malayalam and Hindi language interpreter for Western Health Sydney and during COVID lockdown has assisted health professionals with patients from Indian backgrounds.

Dr Quasim guides families on social issues with emphasis on moral values, health and nutrition in community situations for the young, adult and elderly. He also inspires others to do the same and to continue the process.

During his last 50 years of academic service to raise awareness in the Quran and the scientific lessons that Quran teaches, Dr Quasim has experienced a noteworthy interest and raised awareness among both Muslims and non-Muslims.

Dr Quasim has a YouTube Channel called  Science in Quran on which he runs social media campaigns with posters created on Quran and Science subjects for the last 12 years. His channel has over 25,000 subscribers around the world.. 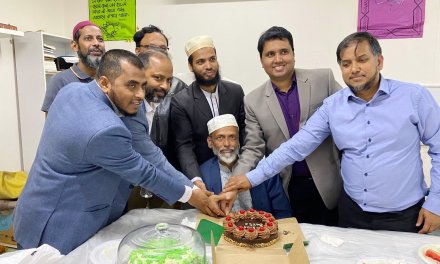