Minaret College has recently celebrated success stories of two of its students, Ayman Khan and Mohammed Mubashir Shah.  Both of these students were selected by the City of Casey Council, Victoria for TED talks to inspire lives of people around them. These two young Muslims were equally passionate about sharing their stories of struggles and faith with people from diverse ethnicities, devotion and conviction.

According to Ayman, she had a crazy drive and passion for public speaking and throughout her years in Minaret College, she has participated in numerous inter-school debating competitions. Finally, TEDx Talk was the utmost opportunity for her to take a big lead.

The TEDx team had chosen her because of  her critical personal experience. She audaciously talked about dangers of diet culture and eating disorders. She highlighted destructive effects of diet and obsession with slimness.

She further emphasized how children, and youth, can be free of mental and physical consequences of eating disorders and grow with nourishment to their best fuels, allowing them to thrive and flourish.

She elaborated themes like diet culture, body shaming, and frequent (media) messages about what to feed to one’s body which can potentially lead to anorexia nervosa, a type of eating disorder.

Diet conversations, diet products and compulsive behaviors contribute to an unhealthy relationship with food and body insecurities. Ayman opened up in her conversation, that she had battled with the condition for over 6 years, and during that time, she saw other young teens and adults suffer heinous consequences of this disease.

Unfortunately, few individuals know about eating disorder. She clarifies that it is more than just a desire of not eating and maintaining a low weight.

Ayman enumerated maladaptive attitudes such as:

She wonders about the futility of such conversations and how it can put precious lives on the verge of death.  Ayman concludes that by looking back at her gloomiest period, there were times when she prayed to Allah to get better with the desire to proactively help people understand that body shaming and unhealthy diet talks can make individuals suffer and linger not in physical but psychological, emotional and spiritual domains.

With time, Ayman realized the power of faith. She feels grateful that Allah has healed her and bestowed her with the most beautiful faith. The thought of dying is one component of Islam that motivates her.

According to her, tomorrow may or may not come.  Life of hereafter is a real pleasure. Hence, one must pass this time doing good deeds with the conscious remembrance of Allah and His creation.

Another wonderful student, Mubashir, is a school captain of Minaret College. He has been a driving force for other students to lead in community and academic projects. He was recommended by teachers for the TED talk because of his active involvement in school activities. 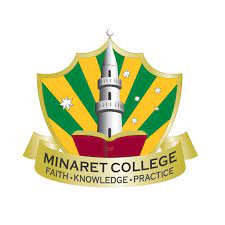 Mubashir says that faith has played a pivotal role in shaping his personality. He is immensely inspired by the life of beloved Prophet Muhammad (s), and tries to follow his teachings.

The Prophet always gave back to the community and encouraged his companions to continue his legacy. He hopes to be among those who can be an example for others and continue the legacy of the Prophet Muhammad.

In addition to that, he shares that his family, especially his parents, are quite mindful about giving back to the community. His parents have encouraged him to volunteer and participate in different extracurricular activities. He is also inspired by his elder sister, who mentors’ youth at the local mosque, and she often asks him to volunteer at events with her.

He commemorates that once he joined her in community work and realized how people only a few years older than him were setting an example to establish a culture of kindness, sharing and compassion, he finds that this can only be possible when we role model the character /conduct of the Prophet in all spheres of our lives.

Interestingly, Mubashir has presented an insightful aspect of human life in his decision-making. He took a unique lead to introduce his topic. He pursued a philosophical thread of thought to explore the foundations of decision-making.

He tried to evaluate the idea of decision-making from psycho-social perspective as how it influences one’s life.  He used some historical, social and personal examples to understand the importance of decision-making in life. He explains that we all choose options which lead to different paths.

Decisions can be big or small like choosing a career, or eating an extra chip, but despite that, the decisions that one makes, accumulates over time. The cumulative set of decisions made on a daily basis, decides ones fate. He assumes a bottom up approach to observe that the various aspects of small decisions eventually shape a greater course of ones’ life.

Mubashir further elaborates that if one would not make the correct set of decisions throughout their lives, then he/she would not be where they are now. He investigated the idea that an individual is not only affected by his or her own decisions, but also other peoples’ choices shape our present and future through principles of Casuality – the relationship between cause and effect.

Mubashir exquisitely taps the areas of rationality and emotionality to recognize how our decisions are being colored by them.

In his personal life as well, Mubashir has seen the consequences of the minor and major choices he has made. These experiences have provided him with an edge as well as an opportunity to reflect on the metaphysical aspects of human life through the lens of human freedom. The freedom to reason, process and decide in ones’ life. 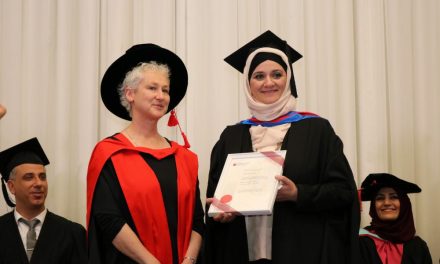 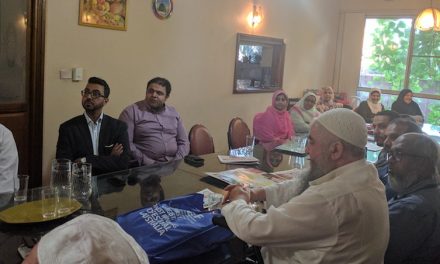