Opposition to such a boycott depends on lies about a movement that rejects racism and violence and is based on principles of international law.

Protests against the Sydney Festival accepting financial sponsorship from the state of Israel have highlighted atrocities committed against Palestinians. The protesters have also shown the unexceptional nature of the Boycott Divestment Sanctions (BDS) movement for Palestinians’ freedoms, and have challenged the Trumpian notion that lies constantly repeated can become truths.

If a country with massive economic, diplomatic and political power is allowed to foment it’s views unhindered and simultaneously browbeat others into accepting their story, international law will be irrelevant and human rights unattainable. But the withdrawal of over 40 artists from the Sydney Festival says that decades-long media accounts which have demonised Palestine and promoted the virtues of Israel have to end.

Like a worn record played too many times, members of the Israel right or wrong lobby have sprung to the defence of the Sydney Festival organisers and of Israel policies. As self-important lobbyists, they repeat arguments used for years, but their claims are unfounded, repetitive and false.

Advocacy of Israel’s virtues usually emerges in opposition to the alleged violence of Palestinians and the supposed sinister objectives of the BDS movement. Protesters against the Sydney Festival can easily refute such stories, starting with the notion, how dare anyone oppose Israel, the only democracy in the Middle East.

If democracy is defined as giving equal rights to all citizens, Israel is no democracy. The August 2018 passing of the Jewish Nation State Law of the Jewish People makes no reference to Palestinians but asserts the exclusivity of Jewish rights in Israel. As if to guarantee those rights, the law insists, ‘The actualisation of the right of national self determination in the state of Israel is unique to the Jewish people.’

Lobbyists defending Israel as a democracy are incensed by the alternative depiction by Human Rights Watch and the Israeli human rights organization B’Tselem of Israel as an apartheid state, far removed from principles of equality and justice. The Human Rights Watch report, A Threshold Crossed , condemned Israel for committing crimes against humanity of apartheid and persecution of Palestinians.

Israeli Jewish and Palestinian citizens live under entirely different civil and military laws. Nevertheless the lobby insists, ‘all Israelis, regardless of ethnic and religious background enjoy equal rights’; and a Sydney Morning Herald article of December 29, by Alex Ryvchin, co-chief executive officer of the Executive Council of Australian Jewry, described the confrontations between Israel and Palestinians as merely ‘an ethnographic nationalist conflict playing out on the edge of the Mediterranean Sea.’

The reality is otherwise: a never-ending military occupation, a 15-year siege of Gaza, constant slaughter of Palestinian people, stealing their land plus the Israeli army’s current encouragement of gangs of settler thugs destroying property and driving people from their homes.

Compare that state violence with the totally legitimate conduct of artists boycotting the Sydney Festival.

Opposition to such a boycott depends on lies about BDS despite the movement’s rules that it is non-violent, outlaws racism and is based on principles of international law. In spite of those rules, it is easy for critics to repeat their lazy, kneejerk accusation that BDS is anti-Semitic and aims to remove the Jewish state.

Any charge of anti-Semitism should be taken seriously. If so, why don’t politicians and the mainstream media give as much attention to the highly significant, September 2021 Sydney Statement on Anti-Palestinianism. This documents Israeli leaders speaking of their pride in killing Palestinians, wanting to ‘send Gaza back to the Middle Ages’ and insisting that all Palestinians including children, are terrorists.

Artists’ boycott of the Sydney Festival makes the same protest against oppression and expresses the same basic humanitarianism as recorded in the Sydney anti-Palestinianism document. In similar spirit, some Australian Jewish citizens say they have been honoured and humbled to stand alongside their Palestinian colleagues and are echoing their calls. ‘We stand in solidarity with Palestine and Palestinians.’

Widespread support of the boycott of the Sydney Festival has so threatened supporters of Israeli oppression, that they want laws passed to outlaw such activities. Prominent among the advocates of anti-BDS legislation is a Labor rat in the ranks, the NSW shadow minister for the arts Walt Secord. Earlier this month, Secord called on the Arts Minister Ben Franklin to consider American-style anti-BDS legislation.

So much for freedom of speech, and related human rights. Why and how is Secord a member of the ALP?

Any proposal for an Australian imitation of US laws derives from the assumption that Israel must be treated as an exceptional state allowed to do what it likes, allowed to kill, destroy, ethnically cleanse and in the same breath produce a holier than thou image of a human rights respecting democracy.

The success of the boycott of the Sydney Festival marks a potential turning point in history. But that outcome will only be realised if the atrocities committed against Palestinians are not obscured by political and media ignorance and indifference, or by the fog of false claims made by influential lobbyists for Israeli policies. 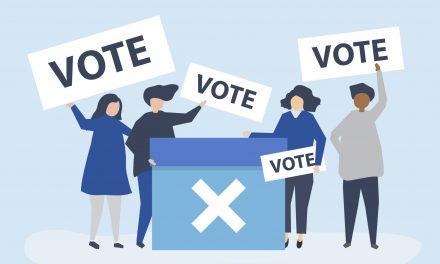