Ahmad Tabish has won the annual AusIMM 2021 Award and scholarship  from the Australasian Institute of Mining and Metallurgy for his outstanding contributions to the resources industry and work in the mining community.

He is currently a PhD student at the University of Newcastle’s Global Innovative Center for Advanced Nanomaterials (GICAN) researching in the field of nanotechnology for making the environment more clean and green. The Global Talent Independent program is designed to attract the best talent from around the world, who are at the top of future-focused fields, to live and work permanently in Australia.

The achievement is a reflection of Ahmad’s impressive research accomplishments in his home country of India and the United Arab Emirates where he worked in the Abu Dhabi National Oil Company’s Research and Development Center.

His work is based on novel research innovations of silica based nanomaterials for capturing green house gases from Australian mining sites and power plants. Currently he is working for the Australian Carbon Neutral targets of 2050.

At the moment, Ahmad together with his wife Reda Fatima, is living in Sydney and working for the crucial and critical Australian Defence Project as part of Defence Innovation Network’s Industry placement program. He arrived in Australia in February 2020 as an international student and was granted a permanent residency visa within six months under the highly competitive Distinguished Talent Visa program by the Australian government.

Ahmad is a three generation Alumnus of Aligarh Muslim University in  India having completed BTech in Chemical Engineering in 2014 and went on to do a Masters followed by working as a research engineer in UAE.

Even before his graduation Ahmad won “Excellence in Research Award” from University of Queensland, Brisbane in 2013 for his research work on mining safety in Australia in association with  ACARP, The Australian Coal Industry’s Research Program.

His grandfather was a professor of Arabic at AMU while his father Professor Dr Ghayoorul Haq, a medical doctor and academic at AMU also worked at Saudi Arabia’s King Abdul Aziz Hospital and Research Center. Ahmad says that his motto is to serve the Society and bring technological advancement in Australia and for the greater humanity globally by working judiciously.

He believes that the guidance and support he got from his father and grandfather, serves as the motivation for his hard work.

“The Tehzib (culture) of Aligarh Muslim University is deeply instilled in my heart and my mind rings and sings for Hindustan (India), the land where I was born,” he reflects.

Ahmad went on to say  that he wishes to fulfil the dream of his mother and wants to be the role model for the community and thanks the Almighty for all the blessings. 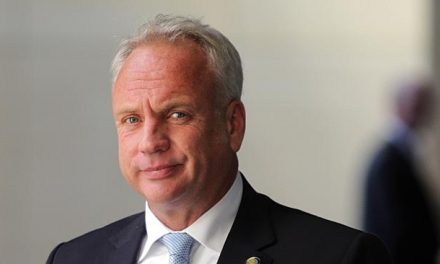