In Melbourne over several days “freedom” protesters carried nooses and a mobile gallows to the front of parliament house and one protester said she looked forward to seeing Dan Andrews “dance on the end of a rope.”

Anti-terror detectives charged two men on Thursday 18 November with incitement over threats to the Premier and MPs.

In Brisbane, mining billionaire Clive Palmer, main backer of the UAP and Craig Kelly, said at the rally he’d rather “go out of business” than listen to vaccine advice from Queensland’s premier – who he called “Palachook.” [Brisbane Times, 20 November 2021]

The anti-vaccine protests were already extreme enough in Western Australia for the premier to close his electorate office, due to threats of rape against his staff and the bombing of his office. [Perth Now, 17 November 2021]

The decline of the Liberal party from its traditional conservatism into a supporter of radical reactionary politics in this protest movement is dangerous.

The weak statement of the Prime Minister created great concern.

Terrorism is a real danger

A terrorist act in our law is an act, or a threat, that intends to coerce or influence the public or any government by intimidation to advance a political, religious or ideological cause and causes, amongst other examples, death, serious harm or danger to a person.

The Christchurch Massacre is an example.

The annual threat assessment 2021 by ASIO stated that ideological extremism takes up some 40% of its current caseload.

QAnon is part of that threat: “It has since [2017] amassed millions of supporters, a small portion of whom have been motivated to conduct QAnon-inspired violence, leading the FBI to label it a domestic terrorism threat in 2019.” [Examining Extremism: QAnon  Center for Strategic and International Studies USA, 10 June 2021]

Not all those taking part are QAnon. The wellness industry has contributed substantially to the numbers of protesters.

However the BBC Anti-disinformation Unit warned in 2020 that the anti-vaccination and the QAnon conspiracy theories are merging.

It noted that these groups also have a money raising function. [BBC Anti-disinformation unit, 3 September 2020]

A valuable analysis is in “QAnon and On: A Short and Shocking History of Internet Conspiracy Cults,” by Van Badham.

The theory has penetrated quite deeply into Australia.

“A 2020 paper … revealed that, after the US, Britain and Canada, Australia was the fourth-largest producer of QAnon content worldwide. Australia created more QAnon content than Russia.”

It has created “fusion paranoia in Australia, not only with anti-vax communities but also anti-lockdown protesters and anti-migration and antisemitic tropes as well as the community of anti-5G mobile phone tower activists.” [Guardian, 14 November 2021]

Cam Wilson exposed one major source of the anti-vaxx agitation in Victoria. It involves a former family First leader and a property mogul.

“What separates Janssen and Harris from some other anti-vaccine and anti-lockdown groups is their organisation: building big email lists, growing a social media following and touring the country — all while making money along the way.” [Crikey, 19 November 2021]

There may also be votes to harvest from the 10% who resist vaccination against the virus, but if this comes at the cost of fomenting domestic terrorism, it is too high. 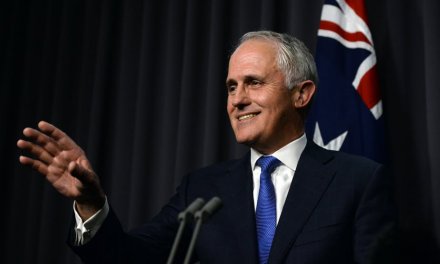 If I could fly