In our faith tradition, there are three ways to explain the Quran:

In the Quran, the story of Adam (a) and Shaitan is described in seven places in a piece meal fashion. If we do a summary, we can say that Shaitan is defined by his ego, arrogance, and self-righteousness. He is someone in himself so much that he failed to understand where his limit is. As such, if we fail to understand the limitations of our capacity to acquire knowledge, i.e., limitations of our scientific methodologies, there is a big risk that our arrogant and egoistic reading of the Quran can lead us to astray instead of guidance:

“Indeed, Allah is not timid to present an example – that of a mosquito or what is smaller than it. And those who have believed know that it is the truth from their Lord. But as for those who disbelieve, they say, “What did Allah intend by this as an example?” He misleads many thereby and guides many thereby. And He misleads not except the defiantly disobedient.” (Quran 2: 26)

In the West, broadly speaking, scriptures are replaced by culture and divine books by sciences. The science tells us what is right or wrong. Therefore, we must know the limitations of our scientific methodologies.

“And they ask you, [O Muhammad], about the soul. Say, “The soul is of the affair of my Lord. And mankind has not been given of knowledge except a little.” (Quran 17: 85)

In the West, despite enormous development of health and wellbeing, people are in deep spiritual crisis. In Australia, on average 300 murder happen every year. Whereas annual suicide rate is 3000 and the number are on rise. People are leaving organised religions en masse but flocking to meditation and wellbeing centres. Thousands of Yuga centres have been established recently in Australia and the number has been growing ever since. It does not mean in any way that the people of no faith are condemned to unhappiness. Lest, they become egoist, arrogant, and self-righteous. Our smart phones have now inbuilt meditation apps. Our soul belongs to our spiritual realities, which for the religious people, subject to the realm of revealed knowledge.

However, those of us who believed in divine revelation, do we need to have blind faith. Or are we allowed to ask question about our faith, about our understanding and interpretation of the divine. I think, yes, we can if we are humble and aware of our limitation.

While in the Quran, there are approximately three hundred verses regarding what is lawful and what is forbidden in Islam, there are more than seven hundred verses, where Allah is asking us to use our true intellectual faculties–

“Indeed, in the creation of the heavens and the earth and the alternation of the day and night there are signs for people of reason.” (Quran 3: 190).

My favorite example is of Ibrahim (a). We all know about his great trial and tribulation. He had seen in his flesh and skin the miraculous power of Allah. Every year we celebrate Eid ul Adha and the pilgrimage of Hajj in Mecca for his accomplishment. In the Quran, his way of rational thinking has been described in detail; how he makes the conclusion regarding the oneness of Allah and his deep exploration and curiosity to life.

“And [mention] when Abraham said, “My Lord, show me how You give life to the dead.” [ Allah] said, “Have you not believed?” He said, “Yes, but [I ask] only that my heart may be satisfied.” [ Allah] said, “Take four birds and commit them to yourself. Then [after slaughtering them] put on each hill a portion of them; then call them – they will come [flying] to you in haste. And know that Allah is Exalted in Might and Wise.” (Quran 2: 260).

Once he asks to Allah, O Allah if you would show how you give live to death. Allah replied don’t you believe me. He said, “sure, but it will satisfy my curiosity”. Allah did not scold him. Instead, He gave him a demonstration. Curiosity and doubts are beneficial when we are anti-thesis of Shaitan that is remaining humble.

“It is He who has sent down to you, [O Muhammad], the Book; in it are verses [that are] precise – they are the foundation of the Book – and others unspecific. As for those in whose hearts is deviation [from truth], they will follow that of it which is unspecific, seeking discord and seeking an interpretation [suitable to them]. And no one knows its [true] interpretation except Allah. But those firm in knowledge say, “We believe in it. All [of it] is from our Lord.” And no one will be reminded except those of understanding.” (Quran 3: 7).

The religion is much more than theology. Only the people of clear understanding will be able to remember his or her creator with true essence. Asking questions while remaining humble and conscience of our self-limitations is the way to achieve it. 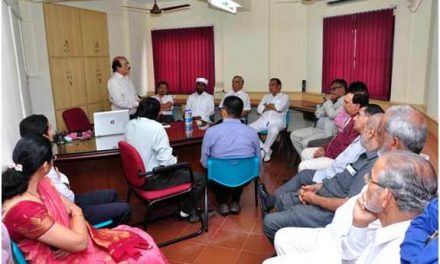