The Prime Minister Scott Morrison finally introduced the long awaited Religious Discrimination Bill into the Federal Parliament on Thursday 25 November describing it to create “bigger space for everyone in our national lives to be themselves, who they believe, what they believe, free of discrimination, coercion and judgment.”

Earlier on Friday 19 November, the Australian National Imam’s Council, the Executive Council of Australian Jewry and various Christian and faith organisations and schools jointly released a statement acknowledging the extensive consultation by the government before the bill was presented.

The Statement read, “Faith leaders would welcome the introduction of substantive protections for people of faith against faith-based discrimination. Such protections are needed because federally there is at present little if any legislative protection against discrimination directed at a person based on their religious identity and belief, and there are inconsistencies in the manner in which States and Territories have addressed the issue, if at all. This is in contrast to the existence of Federal legislation which protects against discrimination based on certain other attributes.”

The PM said that the bill would provide protection for the first time at a national level, overcoming inconsistencies in laws across Australia and filling gaps in NSW and SA where there are no religious discrimination protections.

According to the ANIC spokesperson, Bilal Rauf, “At a Commonwealth and NSW level, there is generally no protection against religious discrimination. As a consequence, many people of faith who are subjected to discrimination based on their religious belief and practices have little to no legal remedy. This includes in public places and workplaces.

“This Bill is significant in that it brings into line protection against religious discrimination with protection which already exists for discrimination based on many other attributes. For the Australian Muslim community (among other minority faith communities), this is all the more critical in an environment of increasing anti-Muslim hatred and a proliferation of right wing and white supremacy ideology,” Bilal said.

“This bill is a protection from the few who seek to marginalise and coerce and silence people of faith because they do not share the same view of the world,” Mr Morrison said.

He further explained,“A Sikh should not be discriminated against for because of the turban they wear nor a Maronite because of the cross around their neck, nor a Muslim employee who keeps that prayer mat in the bottom drawer at the desk at work, nor a Hindu couple who (are) seeking to rent a property, nor as Jewish school seeking to employ someone of their faith if that faith is their preference and the publicly stated policy of their school.”

The bill recognises that religious bodies, religious schools must be free to uphold the tenets of their faith, and the ethos that makes this school, a community and is a recognition of the sacrifices parents make to educate their children in accordance with their values and beliefs, and the choices they have made for their children’s education.

The Statement can be accessed here: www.anic.org.au/Statement-from-Faith-Leaders-21

What is the Religious Discrimination Bill 2021

The legislative package implements key recommendations from the Report of the Religious Freedom Review to protect religious freedom in Australia and comprises of: 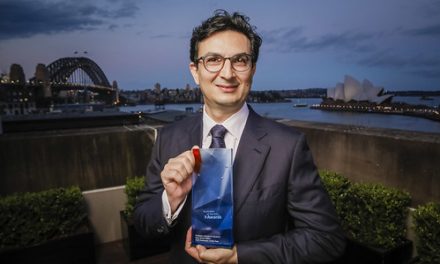