During 2020 due to Covid, global carbon emissions fell 6.4% temporarily. The UN estimates though, emissions need be cut 7.6% every year over ten years to prevent 1.5C global warming above pre-industrial levels. The recent UN/COP26 Glasgow Summit showed Australia hostage to misguided National Party politicians, when most Australians prefer to abandon their legacy of having the World’s highest carbon emissions per person and a huge ecological footprint.  We are amongst Earth’s richest populations well able to act appropriately.

The scale of environmental impacts (I) such as climate change, can be represented as a function of variables, Population (P), Technology (T) and Affluence/Consumption (A).

PM Morrison wrongly focuses just on Technology to achieve net zero emissions while including technologies such as carbon capture and storage, which Andrew Forrest says fails ’19 out of 20 times.’

While population growth is below replacement level, I assure the Government there is no alternative to halt climate change except by reducing our excessive consumption levels.

ANU scholar Samuel Alexander (2014) wrote: “We [consume resources of] one-and-a-half earths to sustain the existing global economy. Every year that this ‘ecological overshoot’ continues, the foundations of our existence are undermined.

Despite this, richest nations still seek to grow their economies without limit.

Our growth-oriented civilization is deluded that there are no environmental limits to growth.

This is the defining critical flaw in growth economics: the false assumption that economies across the globe can continue growing, while radically reducing environmental impacts to a sustainable level.”

This realisation calls for economic ‘Degrowth,’ meaning a phase of planned and equitable contractions, eventually reaching a steady-state economy (SSE) that operates within Earth’s biophysical limits.

Degrowth would liberate us from the burden of pursuing material excess. We simply don’t need so much ‘stuff’ – certainly not at the cost of planetary health and personal well-being.

Consumerism is a gross failure, a debilitating addiction bad for our souls. Degrowth, by contrast, involves embracing the ‘simpler way.’

“It is  about creating an economy based on sufficiency, knowing how much is enough to live well, and discovering that enough is plenty.”

The needed revolution is a revolution in consciousness. Most basic needs can be met in simple low-impact ways, while maintaining a high life quality.

Through democracy we’d organize our economies to ensure everyone’s basic needs are met.

We’d reduce our working hours in the formal economy. We’d have less income, but more freedom. Thus in our simplicity, we’d be rich (ghani).

We need to create new, post-capitalist structures and systems promoting a simpler life-style.

Jason Hickel provided some solutions in “Less is More: How Degrowth will save the world:”

In 2014, I presented the talk “Reducing wasteful consumption by waste avoidance using self-improvement (tazkiyah) and contentment (qana’ah) approaches,” which differentiated ‘needs’ from ‘wants.’

It is telling that teachings from the Qur’an and Sunnah 1400 years ago are wholly relevant to solving today’s leading problems of unsustainable consumption of Earth’s resources and climate change. 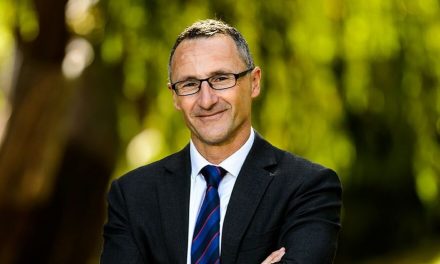