A nationwide quiz competition was held on Saturday 6 November in Australia on the lives of the Prophet Muhammad (s), his companions and other early Muslim figures to celebrate the month of Rabiul Awwal that presents a special occasion for Muslims marking the birth of the Prophet.

This Seerah (prophetic biography) quiz competition aimed to encourage young Muslims to learn about their ideals and predecessors and explore their own history.

The online event was organised by the Al Tadhkirah Institute, an education institute under the community organisation Islamic Practice and Dawah Circle (IPDC) that runs Quran lessons in all the major Australian cities including Sydney, Canberra, Melbourne, Brisbane, Perth, Adelaide for the young Muslims.

Al Tadhkirah believes that only knowledge can inspire a person to become progressive, empathetic and civil, which are much-required attributes for a Muslim individual in this world.

More than 500 youngsters have participated in this Australia-wide online quiz competition.

The contestants were divided into four groups based on their age. From each group, the first, second, third and the next ten winners in the competition were awarded special prizes.

A total of 52 contestants from all the groups received the prizes. A moment from the competition

Such an innovative activity organised by Al Tadhkirah Institute, spreading Islamic knowledge among the youngsters born and brought up in Australia, have been highly praised by Muslim families. How does she do it? 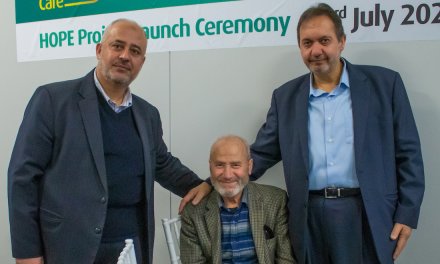