Zia Ahmad, Editor-in-Chief of AMUST has been recognised with the Lifetime Achievement Award at the Premiers Multicultural Communications Awards (PMCA) 2021  for his dedicated service to the Australian Multicultural community.

“Currently the Editor-in-Chief of the Australasian Muslim Times, Zia Ahmad’s journalistic career has had a significant and long term impact on the community promoting multiculturalism, global outlook and unity of mankind. As the founder of many community organisations and winner of multiple community awards, Zia has dedicated almost 50 years to social cohesion, understanding and harmony.”  – PMCA summary of Zia Ahmad’s accomplishments.

Under Zia Ahmad’s leadership, AMUST has been recognised four times at the PMCA 2021. An AMUST supported initiative Recipe for Ramadan won the Best Use of Digital or Social Media and was the finalist for the Publication of the Year category. Under Multicultural marketing categories, Seena Inc. were finalists in the category of Community Campaign of the Year.

The awards were announced in a media release on Tuesday 12 October 2021 by The Hon Natalie Peta WARD, MLC Minister for Sport, Multiculturalism, Seniors and Veterans. 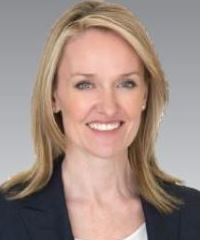 Earlier, in the week before the public announcement, the Minister personally informed him of the prestigious award and congratulated him for winning the award and commending him for the achievement.

“When the Minister rang me, I was in my swimming pool doing my 500m daily laps. I am humbled and honoured for having been recognised for living and serving in this country for half a century,” Zia said.

Over the past five decades, Zia has established multiple community organisations and initiatives that has served the multicultural and interfaith community. It is a testament to his legacy as he continues to provide a servant leadership style to the multiple management and influential positions he has held and currently holds.

The 68 year old’s vision of strengthening and excelling the Australian Muslim Community, Zia has continuously provided opportunity and inspiration to those who meet him.

His passion for actively getting involved, showcasing his life experience and making sure his voice is heard has led to making effective change and has played a significant impact to the pivotal and successful growth of Muslims in Australia.

“We are a dawah family. I have committed my life and involved my loving family into inviting all to see how grateful I am of the opportunity Australia has provided us with. We have benefitted with freedom of religion, freedom of establishing Muslim communities and freedom to ensure our voices are heard,”  Zia said.

The PMCAs recognise the valuable contribution multicultural media and marketing make to Australian society in NSW by connecting people to their culture, identity, and language.

Stories of survival in the face of persecution and investigative reports about scams targeting diverse communities are among the winners of the 2021 Premier’s Multicultural Communications Awards.

“These awards recognise the vital role our multicultural communicators play in delivering critical information and connecting with our diverse communities,” Mrs Ward said.

“Our multicultural media professionals have been tireless in sharing crucial health messages throughout the pandemic and have been instrumental in helping keep our community safe.”

“I commend this year’s winners and finalists and would like to thank them for their ongoing support in communicating with diverse audiences across NSW.”

Mrs Ward said the winning media and marketing entries were recognised across categories including Best Audio-Visual Report, the Public Interest Award and Business Campaign of the Year.

“Unfortunately due to COVID-19 restrictions, an in-person event to announce this year’s winners can’t take place, but that of course doesn’t take away from the importance of their work in our community,” Mrs Ward said.

“We look forward to celebrating the outstanding achievements of our winners at the Premier’s Harmony Dinner next year.

“I sincerely congratulate our outstanding winners and finalists for bringing an important voice to topics such as racism, migrant exploitation and the impact of COVID on our diverse communities.”

“I am delighted that the NSW Government is the only state in Australia to recognise multicultural communicators with a stand-alone awards program.”

Best Use of Digital or Social Media

Publication of the Year

 Finalist: Vision China Times – Racism faced by a community during COVID – how do we react to racism attacks/incidents?

Young Journalist of the Year

 Winner: Saba Vasefi / The Guardian – Last female refugee evacuated from Nauru to Australia could be deported despite ill health

Community Campaign of the Year

Agency Campaign of the Year

Business Campaign of the Year