A group of peace minded people and organisations recently created a spectacular Zoom program of 37 diverse and interesting talks over a 10 day period from 16 to 26 September 2021 with an array of topics available to over one thousand attendees!

The subjects ranged from work that heals conflicts in refugee and migrant communities in Sydney, to an Afghan panel discussing the crisis and a peaceful future for Afghanistan. There were talks on faith and peace featuring Zia Ahmed from AMUST, a day devoted to and run by First Nations people, workshops on permaculture for refugees, including work undertaken in camps for Rohingya and among Syrian refugees, as well as a session by PEN, talking about journalists and writers in detention in Western China, Afghanistan, Iran and elsewhere. After a warm conference opening address by David Shoebridge (MLC), Rita Warleigh of International Volunteers for Peace expanded the introduction of Raising Peace to everyone.

Rita explained the name Raising Peace: “It was chosen because we believe it is time to celebrate peace, to bring it back into the public discourse, and to recognise past achievements of those working for peace.” 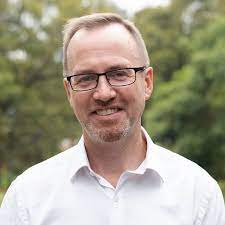 While looking at governments spending vast amounts on wars and nuclear armaments, she said: “We need to recognise peace as a process to change the focus of dialogue when it comes to our relationships with other nations, our environment, and our community.”

The keynote address of Raising Peace was given by His Excellency Mr Armando Vargas Araya, Ambassador for Costa Rica, a country that sets an example to the world by their decision not to have a standing army.

He concluded with the words: “Like freedom, peace is not an original or permanent state. We have to build it again and again every day.”

With the aim to foster collaboration amongst those working for peace, the organisers were totally thrilled with so many young people being involved in various events throughout the festival, as well as organising a session on Youth for Peace.

It was wonderful to see attendees from all parts of the globe with some of them wearing spectacular costumes from their respective countries to give an exciting atmosphere to the festival.

Nick Deane from IPAN, Independent and Peaceful Australia Network said: “It’s been a very exciting journey for the many people involved. For me it began in 2019 when we began discussing the idea. We had no idea that it would reach the scale that it has – the festival was much bigger than we expected and of a high quality.”

Nick further added, “At short notice, as events were moving very swiftly, we managed to include an event about Afghanistan. And then we were overtaken by the now infamous announcement that Australia will be part of AUKUS and obtaining nuclear powered submarines.”

There were many inspiring events at the conference, whether one had an interest in peace on the micro-level, peace within, peace with our First Nations brothers and sisters, or peace in international relations.

So, what will be the outcomes of this festival?  The hope is that everyone will be inspired to start a discourse about peace, to take up peace studies, to sing songs for peace, to wear a blue scarf, to volunteer for peace, and to write to a politician or become a politician.

So what does peace mean to you and how can we all create it?

James Cox, Executive Director of Peacifica and one of the organisers of Raising Peace, pointed out: “People out there want peace above all. Many people are upset about rising militarisation. Many are upset that we are heading down a path that has war at its end.”

While there is huge concern about the course that this nation is headed, readers can access many of the positive presentations from Raising Peace on  Festival Recordings – Raising Peace

And as James Cox concluded: “Peace needs us all!”