Islamic Practice and Dawah Circle (IPDC) held its Annual General Meeting on Saturday 2 October 2021 with the opening session joined by a large number of politicians, community leaders and well-wishers from all over Australia, numbering to over 530 participants, a record for a Zoom online meeting.

IPDC is an Australia wide Islamic community organisation that has been serving the community for more than two decades. This year’s AGM of this organisation demonstrated its growth and social contribution and indicated its most significant role in the Australian society.

The online meeting was commenced at 10 am AEST with the Qur’an recitation, by Shaikh Akram Buksh, Imam of Slacks Creek Masjid Brisbane, with several verses from the Surah Qaf that describe the creation of this world and the human journey towards a life in the hereafter.

During his inauguration speech, the Central President of IPDC, Dr Rafiqul Islam, said that although the current pandemic is a global crisis, this might also be a reminder to renew humanity’s struggle for sustainable living through better environmental and climate-related changes worldwide.

“This crisis also presents an opportunity to understand the value of family and community and religious and spiritual resources can make an outstanding contribution in overcoming the current crisis,” he said.

The President of the IPDC thanked all participants for joining the inaugural session of the IPDC AGM.

A short video presentation about the establishment of IPDC as a community organisation, its historical development and current projects and activities in various cities around Australia was showcased for the audience during the inaugural session. Some participants in the IPDC AGM

During his speech, Hon Tony Burke MP appreciated the contribution of community organisations like IPDC in providing support to the people and families in need. In his view, this cooperation represents the ‘best of Australia’ and he thanked the IPDC workers for their selfless work.

Hon Andrew Giles MP, representing Hon Anthony Albanese MP also, asked the audience to reflect on multiculturalism and its challenges to create a better society. He suggested that various challenges such as Islamophobia still exist in our society, and everyone should come forward to overcome those challenges.

Dr Ibrahim Abu Mohamed, the Grand Mufti of Australia, said that this organisation is a true reflection of the contribution of Islam and Muslims in this great country. At this time of racism, extremism and violence, such organisations will make a great difference and authentic religious practice is essential to remove misconceptions from the public mind.

Senator Janet Rice emphasised the importance of acknowledgement and rights of the First Nation people in Australia, which can lead to a thriving multicultural country. She praised the social supports provided by the IPDC to many people around the country and expressed her hope for peace, a better environment and justice in a better world through bringing people together. Mr Christopher Minns MP appreciated how IPDC started humbly more than 20 years ago in NSW and expanded continuously around the country, providing valuable support to the community members. According to him, such organisations are essential in explaining faith in an Australian context, providing space for people to practise their faith and celebrate their culture.

Mr David Shoebridge MLC said that this is the time when we are in most need of peace and unity in Australia and worldwide. When the crisis was severe and the situation was fragile, the multicultural segments of Australia stepped up and worked in the forefront, he acknowledged.

Ms Natalie Suleyman MP, representing Hon Ros Spence MP said, the more we learn about the culture and tradition of others, the better we understand one another. This understanding reflects the core values of Islam: respect, compassion, gratitude and generosity.

Ms Sarah Connolly MP described her experience of visiting the local mosque and Islamic community centre in her constituency and its contributions to society by providing educational and spiritual support.

Ms Lee Rhiannon emphasised the need for support for organisations like IPDC in creating a cohesive and multicultural society tackling racism and other challenges. She talked about the importance of respect and cooperation instead of authoritarianism for a better and equal economic future.

Shaikh Shady Alsuleiman said that Prophet Muhammad (s) was the best model for us to learn how to remain optimistic during the toughest and harshest of times. According to him, organisations like IPDC can serve the community and serve Islam more in difficult times.

Mr Adel Salman commended the partnership and cooperation between various community organisations, including the IPDC and their significant roles in fighting Islamophobia in the Australian society by creating awareness in the larger society about this hateful narrative.

Shaikh Muhammad Nawaj, representing Shaikh Isse Abdo Musse, also expressed his thank to the IPDC for its growth through hard work and dedication of its members and its valuable contribution in building productive younger generations.

A short video presentation on the education and sports activities of the younger generations of the IPDC members called ‘Next-G’ was presented during the meeting.

Mohammad Moniruzzaman, Secretary-General of the IPDC, moderated this opening session of this year’s AGM. The extraordinary and inspiring meeting was concluded with the Vote of Thanks by Monir Hossain, Central Deputy President of the IPDC.

On behalf of the IPDC, he expressed sincere gratitude to all the guests, IPDC organisers and workers, including the IT team and Next-G team members, and all speakers at the event. 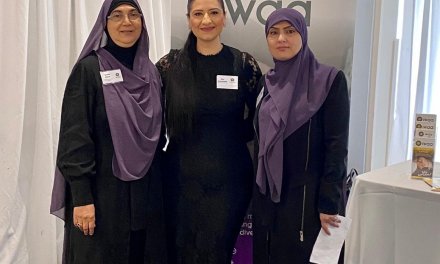 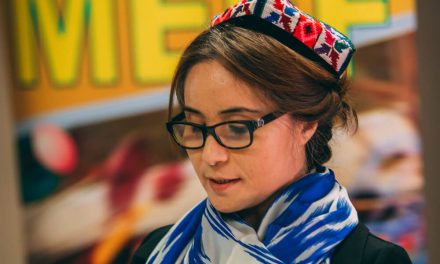