Six months ago when Narmin Abbas told her cousins she dreamt of starting a charity,  she did not imagine that a month later her passion and initiative would create ‘helplebanon2021’.

The pervading social, economic and political issues in Lebanon since the Beirut blast last year has put the country in a dire position, where it now relies (almost) solely on external support from Lebanese expats and international NGOs providing humanitarian assistance. 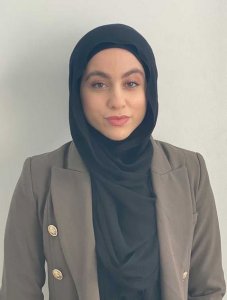 Narmin, a 19 year old construction student at Western Sydney University, has always supported her family by sending supplies to her village back home. With the worsening situation however, Narmin knew this wasn’t enough. She needed to do more.

Narmin established helplebanon2021, a grassroots not-for-profit charity, as a way to give back and help the vulnerable people of Lebanon.

The charity’s Instagram page, which began among Narmin’s family and friends has now become known nationally in Lebanon.

Suffering from political corruption, a collapsing economy, deadly bushfires and a pandemic, the Lebanese people have been deprived of basic necessities such as baby formula and medicine.

“I get a lot of messages from mothers who need baby formula, nappy rash and baby medicine”, says Narmin.

After receiving requests from individuals and families, through Instagram or Whatsapp, the next step is to either “purchase these products using money donated to me, or donors choose to drop off these items,” says Narmin.

The items are then loaded into crates and shipped to Lebanon. Shipping goods to Lebanon is usually very expensive, but Narmin’s family friend works at the ports and ships all the crates free of charge.

Once these crates arrive in Lebanon, they are taken to one of two warehouses owned by Narmin’s grandfather. These warehouses are located in Abu Samra, Tripoli and Haref, Al Danniye. Narmin’s team of distributors (namely family members and friends) then deliver the items to those who have requested them.

Due to the ingrained corruption in Lebanon there is fear that these items, including baby products will be taken and sold on the black market. To counter this, all individuals must show ID when collecting products, and parents wishing to collect baby items must show the distributor proof and identification of their baby.

Inspired by the works of MATW, Narmin hopes to continue and grow helplebanon2021 in the future. She aims to develop her distribution channels to reach people in all areas of Lebanon, and provide food packs to feed those in need.

Narmin is proud of helplebanon2021, an organisation that assists everyone in Lebanon regardless of religion, race, class or gender.

The family and community drive behind the initiative has helped Narmin in effectively and efficiently getting items to those in need.

This grassroots charity has grown in size and popularity in the last few months, but relies on the support through donations, drop-offs and the promotion of the charity to raise awareness among society. Narmin encourages the community to be a part of this narrative and support the charity.

Sana Afiouni is a recent graduate of The University of Sydney who studied a Bachelor of Political, Economic and Social Sciences. She is passionate about all things community development and interfaith dialogue as well as bridging the gap between Muslim & non-Muslim communities. Sabreen is an Arts/ Law student at UNSW. Sabreen is passionate about providing equal opportunities to under-privileged communities, as well as diversifying media discourses to highlight new perspectives.