Talbinah is mentioned in a number of saheeh ahaadeeth, such as the following:

It was narrated from Aisha (r), the wife of Prophet Mohammad (s), that if a member of her family died, the women would gather together, then they would depart, except her own relatives and close friends. She would order that a pot of talbinah be cooked, then some thareed would be made and the talbinah would be poured over it. Then she would say: Eat some of it, for I heard the Messenger of Allaah (s) say: “Talbinah soothes the heart of the sick person, and it takes away some of the grief.” [Sahih al Bukhari]

Aisha (r) narrated that she would order that talbinah be made for the sick and the one who was mourning a death, and she used to say: I heard the Messenger of Allaah (s) say: “Talbinah soothes the heart of the sick and takes away some of the grief.” [Sahih al Bukhari]

It is clear from these two hadeeths that Talbinah is used to treat the sick and to reduce the grief of one who is grieving, soothing his heart and giving him energy.

Talbinah is a broth that is made from two spoonfuls of barley flour with bran, then a cup of water is added to that and it is cooked over a low fire for five minutes. Some people add a spoonful of honey to it. It is called talbinah because it is like milk (laban) in its whiteness and consistency.

There is no doubt that barley has many benefits, some of which have been discovered in modern studies, such as: lowering cholesterol, treating the heart, treating depression, treating high blood sugar and high blood pressure, softening the stools and soothing the colon.

Studies have also demonstrated the importance of barley in reducing the incidence of colon cancer.

This shows the miraculous nature of the words of the Prophet (s): “Talbinah soothes the heart of the sick.” 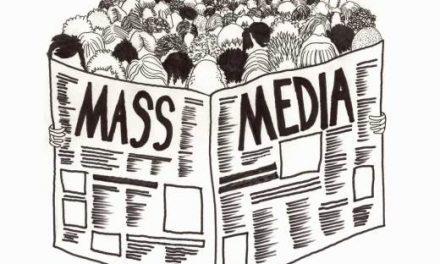 Muslims must engage with mass media Circumambulation is a cosmic law