Growing up in Australia in the 60’s, the US displayed an iconic lifestyle, the American Dream. It helped defeat the Japanese and led innovations in space travel and computers. In 1972, I met American Peace Corps volunteers helping Malaysians. My first and last employers in Australia were American MNCs so I got to know Americans firsthand.

Today, I’ve lost respect for the US, meaning the ruling elite.  It’s not a country Australians should emulate.

The challenge for Americans is whether to help uplift the downtrodden or join the oppressive elite.

The country in its foreign policies is led by pro-Israeli lobbies. (Mearsheimer and Walt)

I ask “Did the Iraq/Afghanistan invasions benefit the average American?” Clearly not!

With neocons, they caused government to divert trillions of dollars from improving US citizens’ well-being, so life expectancy fell below Cuba’s.

The US was respected as a model of law and political stability. No longer.

Assuming the 9/11 catastrophe was purely a Muslim endeavour, which it certainly wasn’t, Muslim deaths from US revenge attacks were 200 times greater than the 9/11 fatalities.

The US encouraged civil war in Syria, Libya and Yemen; and conducted the deadly Iraq/Afghanistan invasions.

The US lost its way with soulless capitalism and democratic ideals compromised by elite self-interest and exploding inequality.

“After WWII, every part of society prospered, but incomes of those at the bottom grew faster …  We created the greatest middle-class society the world had seen. By 2016, inequality reached levels not seen since … the 19th century.” (Stiglitz)

Between 1975 and 2020, the top 1% elite took $50 trillion from the bottom 90% in wages that stagnated. Three Americans became worth more than the bottom half of the population!

America has the weakest social safety net of any developed country.

With America’s money-driven politics, “we seem to be into  an economy and democracy of the 1% for 1% by 1%.” (Stiglitz).

The monied use political power to advantage.

The 2008 financial crisis persuaded voters they were governed by morally incompetent elites. Wall Street was bailed out; ordinary people lost jobs and houses.

Fukuyama was not optimistic that the political system could be fixed since collective action for the common good becomes extremely difficult.

Lowy Institute found Australians under 30 less likely to trust the US and believe the alliance is less important because the US is declining.

Wrong decision-making by our leaders on foreign wars, and combat against defenders in unjust conflicts adds to the negative toll on our Veteran’s health and suicide.

Correction: Regarding “Palestinians’ moral strength soars in facing Zionist tyranny” (AMUST Issue #187 July 2021), the ICC has not formally indicted Israel. It however, found evidence to investigate alleged Israeli war crimes. ICC chief prosecutor stated: “I’m satisfied war crimes have been or are being committed in the West Bank and Gaza Strip.” 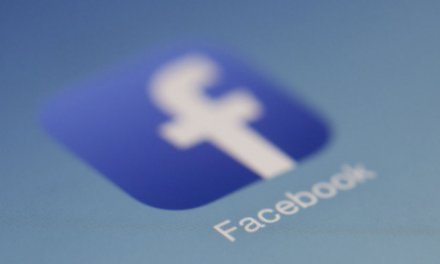 Poem: Human Harmony Down Under