When final year law student Waffa Bakfalouni volunteered for the Australian Muslim Advocacy Network, she didn’t realise she would be part of Australian legal history.

One of her jobs was to help draft the orders that AMAN would seek from the Queensland Tribunal against the former Senator Fraser Anning.

Waffa was the last in a series of interns who had dedicated substantial time to the case, and part of a growing tradition of young Muslim law students being agents for change through AMAN.

Maryam Hashimi, another volunteer, shares Waffa’s passion for human rights. Having finished her law degree, Maryam wants to move into research and sees AMAN as a vehicle to produce high value work.

Maryam started on a project looking at the Judge’s sentencing remarks on the case where a 38-week-pregnant sister was assaulted in a Parramatta cafe by a stranger who hated Muslims. This led her down the path of evaluating hate crime laws here and overseas.

Maryam’s efforts were well timed, with the Parliamentary Inquiry in Queensland looking for proposals on hate crime laws.

She co-authored AMAN’s submission to that inquiry and influenced the submissions of a number of other organisations with her groundwork.

“As a Muslim women who wears the hijab, the discrepancies in laws can leave many women alike myself vulnerable to acts of hatred and denigration.”

As a Sydneysider, Maryam’s passion continues to be finding justice for Muslims living in NSW, and her next publishing efforts are focused on this.

She doesn’t want cases like what happened to Ms Elasmar in the Parramatta cafe to disappear without lessons being placed on the legal record.

Waffa shares this passion to reform the law, especially in relation to asylum seekers and refugees, which she hopes to explore in the future.

Waffa was a tireless advocate while at AMAN. The Anning case wasn’t her only human rights work.

Waffa supported a vulnerable Muslim family to lodge a discrimination complaint against police, Juvenile Justice and others to the NSW Anti Discrimination Board.

She also supported them to lodge a different human rights complaint directed at the Australian Government.

Waffa said giving people a voice empowered them when they felt most alone and powerless.

“Interning with AMAN in matters of discrimination has encouraged my passion for advocacy and reform,” she said.

Waffa is currently finishing her final semester of law at Western Sydney University, while working in a general practice form. She aspires one day to move into the field of human rights and discrimination law. Police advice for the Community 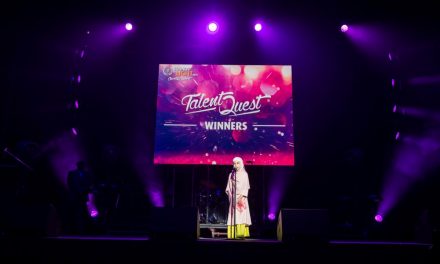