There is an old adage says “who has money owns a lot, and who has power owns everything.”

In the Middle Eastern societies, and the Arab communities in particular, religious teachings overlap with social determinants and values. Clerics are perceived to be spiritual guides and guardians of people’s awareness and consciences. However once they reign, some clerics authorise themselves to be custodian of people’s money, lives and destinies.

Obviously, whoever seizes the power, he acquires formidable media outlets that direct the awareness of the general public with predetermined frameworks, with which deviation from the prevailing patterns of thinking becomes unpalatable and sometimes dangerous.

As a result of deliberate ignorance for many centuries, the vast majority of people in these societies have become addicted to obeying instructions and walking with the herd. The circular reasoning and the dilemma of binary choice mentality create fearmongering among ordinary individuals.

For example, religious parties in Iraq deny responsibility of improper planning and mismanagement and they often use this logical fallacy to urge people to tolerate the bad situation they suffer from and the reward could be the heaven.

If people reject that, they would trigger unpleasant attitude of god against this defiance. There is usually not enough courage to get out of these ready-made thinking templates. Although power has been exercised and is still exercised over the entire society, men and women alike, females are more vulnerable to intellectual persecution than males. In the absence of educational programs, critical thinking methods, the lack of intellectual freedom and the abolition of individual identities, the societal enlightenment for women’s rights is a tedious task. Women are often face extreme challenges and their efforts for being self-dependent are hurdled by male social dominance.

Because people are the enemies of what they are ignorant of, the mass media of the religious parties is harnessed to negatively drive the awareness of the majority of females who turn out to be resisting the women’s rights movement. This segregation hampers efforts and the ultimate goal would be lost.

There is a serious moral dilemma related to the contamination of society’s awareness and the distortion of its values. For instance, thinking about honor is limited to sexual freedom and the matter is only applicable to women.

Ongoing attempts to consolidate the power of men over women as their guardians, deriving the legitimacy from the huge religious and cultural heritage that is brought up from time to time and whenever is needed. The exploitation of women in conflicts and warzones is well known throughout history, but the men’s supremacy over women has gone to more dangerous slopes where women’s lives are at stake due to campaigns of incitement and systematic defamation.

The recent last October uprising in Iraq, for example, witnessed many reckless campaigns to discourage women from the right to demonstrate and actively reject the rampant corruption in all parts of the state and the abuse of power that became intolerable.

Perhaps the attempts to exploit religious teachings to call for gender separation to prevent women from practicing their rights in protesting are the best expression of the old-fashioned mentality that does not belong to the values of modernity and urbanism.

Unfortunately, Iraq has witnessed many cases in which women have fallen victim to the intentional hate speech. Many women were intimidated, kidnapped, and murdered.

Activist Mary Mohammad and many other young women who were greatly involved in October uprising were kidnapped, and forced to confess that they had sex with men protestors to portray them as bad example of youth.

Baghdad and other main cities in Iraq have been swamped recently with series of kidnapping, torture, and assassinations of prominent women and public figures, including model Tara Fares, Dr Rafif Al-Yasiri and the activist Dr Reham Yaqoub.

These crimes are intended to prevent young people from leading the change and driving the political correctness and to divert public attention from the failure Iraq is experiencing for almost two decades.

These distorted and crisis-ridden values that seek to commodify and degrade women’s dignity do not belong to the twenty-first century and the globalization, and certainly they will not be able to withstand the winds of change. 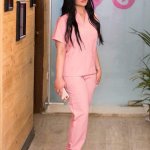 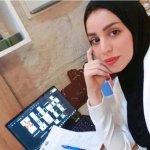 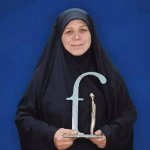 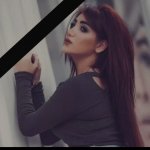 Noora Al-Sarray is an Iraqi woman, writer, educator, activist ‘feminist’ with strong and unique visions and opinions about cultures, religions, diversity and human rights. She is based in Melbourne, Australia.