It is hard to over-state the medical horror my generation of the 1940s and 1950s faced. The nightmare was the threat of polio.

In Australia the number of deaths peaked in 1951, with 357 deaths mainly of children and it was most dangerous as a disease for the under 5 year olds.

It was international in scope.

According to the US Center for Disease Control and Prevention (CDC), between 1950 and 1953 there were approximately 119,000 cases of paralytic polio in the United States and 6,600 deaths.

Carl Kurlander Senior Lecturer, University of Pittsburgh relates the horror.  “Sidney Busis, a young physician at the time, performed tracheotomies on two-year-old children, making an incision in their necks and enclosing them in iron lung to artificially sustain their breathing. His wife Sylvia was terrified that he would transmit polio to their two young sons when he came home at night.” [The Conversation, 25 March 2020 ]

An effective vaccine became available in Australia in 1956, developed by American virologist Jonas Salk and his team in 1954.

Australia was declared polio-free in 2000.

On 24 October 2019, World Polio Day, WHO announced there were only 94 cases of wild polio in the world.

The defeat of this disease was made possible through scientific effort, particularly the work of Dr Salk, yet it has been subjected to decades of opposition.

Despite its success in preventing life in an iron-lung, there was a major propaganda campaign against it, just as there had been against the smallpox vaccine developed by Dr Jenner in the 1700s.

The smallpox vaccine was denounced as unchristian and as a denial of choice..

Leicester was a particular hotbed of opposition to the Vaccination Act of 1867 and the local paper described a rally at which: “An escort was formed, preceded by a banner, to escort a young mother and two men, all of whom had resolved to give themselves up to the police and undergo imprisonment in preference to having their children vaccinated…”

Smallpox killed between 50 and 70 per cent of the Aboriginal population in the Sydney area within two years of the arrival of the First Fleet.

Its last appearance in Australia was in 1938.

All vaccines have sparked opposition from those who saw scientific medicine as heretical, as a denial of God’s mercy and, as a denial of the right to control one’s own body and that of one’s children.

There is an excellent article in Scientific American “The Denialist Playbook: On vaccines, evolution, and more, rejection of science has followed a familiar pattern.”

This began as a study of the attitude of chiropractors towards the Salk vaccine, despite its obvious success.

Then the author “… began to recognize the chiropractors’ pattern of arguments was uncannily similar to those I was familiar with from creationists who deny evolutionary science.”

“And once I perceived those parallels, my excitement became an epiphany when I realized that the same general pattern of arguments—a denialist playbook—has been deployed to reject other scientific consensuses from the health effects of tobacco to the existence and causes of climate change. The same playbook is now being used to deny facts concerning the COVID-19 pandemic.”

Sean Carroll’s discussion of this pattern of denial of the obvious is most enlightening.

“In brief, the six principal plays in the denialist playbook are:

This type of denial of reality is becoming fashionable amongst the adherents of “Q Anon” and various extremist anti-scientific and anti-progressive schools of thought, many of which come from the USA.

Denial of reality leads to aberrations in thinking and is a growing threat to the development and acceptance of scientifically based medical knowledge, which has been responsible for a great reduction in death rates in the past two hundred years. 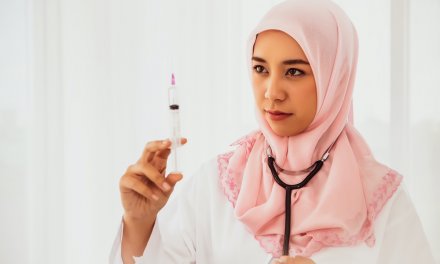 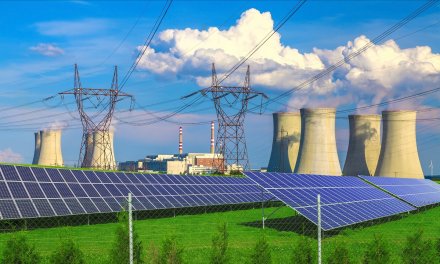