In an unassuming street in suburban Preston, in Melbourne’s trendy inner north, there’s a transformation taking place. Inspired by the past, a team of Muslims deeply committed to their community are leading the redevelopment of Preston Mosque, the first large scale mosque built in Victoria, which has increasingly been in dire need of attention for the last decade.

Their vision will take the Mosque from being simply a place of worship to an exciting community hub with services for youth, women and families, and social and recreational facilities. But it’s impossible to talk about the magnitude of this vision, without first talking about the late Sheikh Fehmi Naji El Imam AM, the trailblazing immigrant who was instrumental in the development and growth of the Preston Mosque many Muslims have known and loved to this present day.

The son of an Imam in Tripoli, Sheikh Fehmi arrived in Australia as a 23-year-old in 1951. It quickly became apparent that there were no mosques or Islamic Centres in 1950’s Melbourne, and having been schooled in an Islamic religious school, he was soon enough leading a congregation.

Together with other community members, they founded the Islamic Society of Victoria (ISV) in the late 1950’s, raised funds to purchase a property in Carlton and established the first Islamic Centre in Melbourne. With a lot of support including international donations over the years, they were able to acquire the land at the present site on Cramer Street, and through further fundraising, build the mosque which opened in 1976, with ISV relocating to the site also. One would be hard-pressed to find a Melbourne Muslim who does not have some kind of connection to Preston Mosque. It has inarguably been the heart and soul of the community since it first opened.

Four and a half decades later, it would be easier for a new generation of community leaders to demolish the mosque with little or no regard for its past history, and simply start afresh. But on the contrary, the project led by Moustafa Fahour OAM, independent Chair of the Preston Mosque Renovation sub-committee, have been inspired by Sheikh Fehmi’s vision. No stranger to ambitious projects, Mr Fahour, who founded the Islamic Museum of Australia leapt at the opportunity to lead the mega-project. Appointed by the ISV Board, he and the sub-committee are responsible for fundraising, tender process and construction of the Mosque. As an added challenge, they undertook the build process for Stage 1 through the pandemic, managing flow, capacities and closures throughout a period of intermittent lockdowns.

“Stage 1 saw the renovation of the main prayer hall, and as part of this we added new AV technology, which has already proved its worth, giving us the ability to live stream congregational prayer services during lockdown periods,” said Mr Fahour.

But if the buzz around the local neighbourhood is anything to go by – nearby residents recently watched in awe as the Mosque’s striking 17-ton dome was skillfully removed as part of Stage 2 & 3 renovations – the completion is hotly anticipated, and rightly so. The mega project will see Preston Mosque future-proofed for decades to come. The mosque’s dome was recently removed as part of Stage 2 & 3 works.

The President of the ISV, Mr Tarek Khodr said, “having this project managed and led by a building sub-committee and chaired by an Independent Chair, such as Moustafa Fahour OAM, was necessary for good governance and transparency. I am very grateful that we could attract some of Australia’s finest talent and community leaders to be part of this sub-committee and lead this a Mega Project for the Mosque. We are blessed and thankful to have other independents on that committee such as Dr Hass Dellal AO and Azmeena Husain OAM. The new design and plan fits perfectly to what the new vision of the ISV is and that’s is to be a provider of services to the needs of Victorian Muslims and to provide the wider Australian community a better understanding of Islam through welcoming open doors.”

Stage 2 & 3 will see Preston Mosque set the benchmark nationally for the type of hub Muslim communities so desperately need. Aside from a traditional place of worship, the new Mosque will have a strong focus on service delivery. Young people will be the main beneficiaries of the 6 dedicated classrooms, school tours, library, function room, which will increase the Mosque’s capacity for delivering education programs.

Critically, Preston Mosque which already runs the largest Islamic funeral services in Victoria and now will also expand the space and capacity. With the necessary infrastructure to ensure the Islamic practices and health regulations is met.

Finally, the expansion will be rounded out with social and recreational facilities, including a book store, café and a playground for kids.

“The new Preston Mosque will fill a void in the community, striking a balance between being that traditional place of worship, and a space that tends other needs and services. Even the design really encapsulates our vision of being an open, light-filled, welcoming space for everyone,” Mr Fahour said.

It’s clear that Sheikh Fehmi’s vision is at the heart of this redevelopment, the team are honouring his commitment to community service by building upon what he started, ensuring that the needs of community will be met for decades to come.

About the Islamic Society of Victoria (ISV)

The Islamic Society of Victoria is a community organisation with the vision of providing Islamic services to the Muslims in Victoria and to provide the wider Australian community a better understanding of Islam. Through these services the ISV plays an important role in enhancing the interfaith and social cohesive landscape in Victoria. 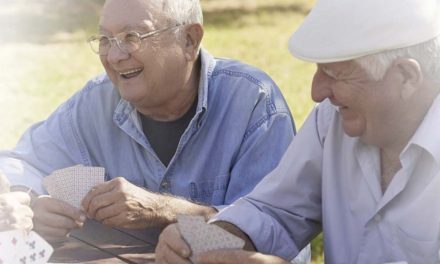