“Iran – Forty years of Revolution, Resistance and Resilience’ by Hanif Bismi is indeed a monumental work that presents the readers with a summary of almost five millenniums of Persian civilisation and Iranian history together with the unique Islamic revolution and its achievements.

This book will give you comprehensive knowledge about Persian civilisation and empires, revolutions including the Islamic revolution and its causes, the Islamic Republic and its continuous resistance and resilience.

For me Iran is a special place, having visited it in 1985 following the Islamic Revolution in order to attend a conference where I met many great people including Imam Khomeini and then again in April 2006 with my wife, Mehar and daughter, Mobinah on a private study tour, visiting various cities of Iran and catching up with many friends (read my travelogue in AMUST with photos published at https://www.amust.com.au/2016/07/safarnameh-a-two-week-study-tour-of-iran/).

With my North Indian background, our history, culture, food, dress and language owes a great deal to Iran. Farsi was the court language and that of elites for many centuries for a great majority of Muslims from Ottoman Empire in the West to the Mughal Empire in the East.

A great majority of Muslim scholars, scientists, poets and writers were of Persian origin and Farsi speaking. This includes Islamic scholars like Imam Bokhari, Imam Muslim, Imam Ghazali, Imam Abu Hanifah, scientist like Ibne Sina and sufis, writers and poets like Rumi, Saadi, Hafiz as well as the descendants of Ahle Bait who are buried there.

This book, ‘Iran Forty years of Revolution, Resistance and Resilience’ by Hanif Bismi is indeed a monumental work that presents the readers with a summary of almost five millenniums of Persian civilisation and Iranian history together with the unique Islamic revolution, its causes and achievements and the resistance and resilience of the Islamic Republic of Iran for more than four decades against all kinds of global opposition and hegemony.

In this comprehensive account, Hanif Bismi analyses a number of post revolution developments in Islamic Iran including the war with Iraq, precarious relations with its Arab neighbours, and ongoing hostilities from Israel and the United States with an annex that includes the author’s recent articles published on various issues dealing with Iran in recent times.

The book is studded with relevant geographical maps and historical timelines and tables as well as a number of photographs showcasing Iranian architecture, its revolutionary leadership and the popular base for Islamic Iran that continues to thrive as a result of its pragmatic policies.

The author of the book, ‘Iran Forty years of Revolution, Resistance and Resilience’ Hanif Bismi is an Australian writer, political analyst and anchor based in Sydney. He writes regularly on current affairs and anchors weekly “Hanif Bismi Show” on 5 News Australia. He is also a fitness enthusiast.

The book is available from here: 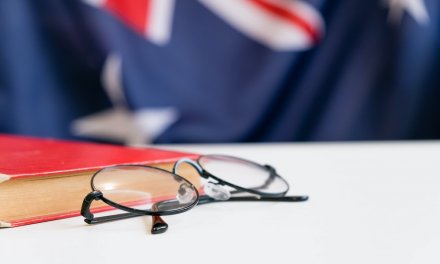