In a media release dated 26 July 2021, The Australian National Imams Council (ANIC) has announced that it has won a lawsuit against fake Mufti Moustafa Rashed for defamation.

On Thursday 10 June 2021 ANIC was able to obtain judgement against Moustafa Rashed in the District Court of NSW. This judgement included defamatory remarks made by him claiming ANIC was a terrorist sympathiser.

Moustafa Rashed falsely claimed that he was Australia’s only elected Mufti and the Chairman of the International Federation of Muslims for Peace falsely claiming that it was the only registered organisation in Australia for Muslim Imams.

According to reports, Al-Azhar University has also denied any affiliation with Mr Rashed and refuted claims that he was a professor at the University. 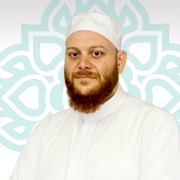 President of ANIC Sheikh Shadi Alsuleiman said,  “The Australian National Imams Council won the case against Mustafa Rashed. We hope this judgement clarifies this man’s lack of credibility and accordingly his claim as the Mufti of Australia.”

It is understood that Moustafa Rashed’s preaching had nothing to do with Islam and the comments he propagated in the media were rejected by all Islamic religious scholars and institutions around the world.

ANIC had  warned of Moustafa Rashed’s actions and informed him that he does not represent any component in the Australian Muslim Community.

Moreover ANIC had called on all media organisations not to host Moustafa Rashed and not introduce him as the Mufti of Australia or an Islamic religious authority.

ANIC case was represented by Birchgrove Legal  led by Hamza Alameddine and Mostafa Kheir to a successful outcome for their client.