On the fifth anniversary of Turkey’s most fatal coup attempt, Advocates for Dignity (AFD) screened a documentary, ‘A Gift From God’, a documentary by Jørgen Lorentzen on Thursday 15 July 2021, that uncovers never-before-seen film footage and documents, and sheds light on what really happened that fatal night, through the voices of people who were there to witness it.

The title was inspired by President Erdogan who said that the coup attempt was a “gift from God”, giving him the chance to re-shape the country, and purge the its enemies.

Jørgen Lorentzen is a scholar in the field of gender studies, film producer and author. He has published various books and articles and developed a number of widely discussed TV documentaries. At present, he is Director of the Hedda foundation which focuses on human rights, gender equality, democracy and development through artistic projects.

Lorentzen was in Turkey when the coup attempt took place in 2016 and followed the event the whole evening. In the middle of the night his neighbour said: “This is not a real coup, I have experienced many coups and know what a coup is”. From that moment Lorentzen started the investigation of the event and its aftermath.

Throughout the documentary, Lorentzen interviewed many people from within and outside of Turkey, including former members of the Turkish Naval Force, well-known politicians such as Dogu Perincek, journalists, Islamic cleric Fethullah Gulen and many more.

The most powerful of these interviews was that of the mother and father of one of the young soldiers that were lynched on the night of the coup. Lorentzen referred to these parents as the real heroes of the documentary, for opening up about such a difficult topic and demanding justice for their son. The tremendous control that Erdogan and his party gained in the aftermath of the coup formed the crux of the Q & A discussions following the screening, highlighted by the colossal number of dismissals, mass investigations and arrests which took place before the dust of the coup had even settled.

“During this time [post-coup], Erdogan had taken measures to cement his control and make it official law, allowing a presidential system and oversight mechanisms for the judiciary to be under Erdogan’s control,” said Leighann Spencer. “You can see why so many people are being persecuted when you don’t have an independent judicial system”

“New anti-terrorism laws, allowing dismissal of civil servants, banning gatherings deemed terror-related were introduced… having a big effect on minority rights such as protests for women’s rights, Kurdish rights, etc.” she continued. “People can be detained for up to 12 days for no reason, no charges laid, they don’t have to be taken in front of the court.”

“Everybody is called a Gulenist or terrorist in Turkey if they are opposed to [Erdogan’s] regime.

Even I’m called a Gulenist because I made this film and am critical of what Erdogan is doing.’ said Lorentzen. Lorentzen, who pursued the production of the documentary to investigate who was really behind the coup, says he still does not have an answer. In the closing scenes of the documentary, he stated that Turkey is now in the ranks of authoritarian regimes and questions why Western leaders remain silent.

He closed the film by stating the greatest tragedy as a result of the coup was the human one. “However,” he says “history has shown us that no tyrannies last forever, because as Erdogan himself has said ‘there is no greater power than the people.” 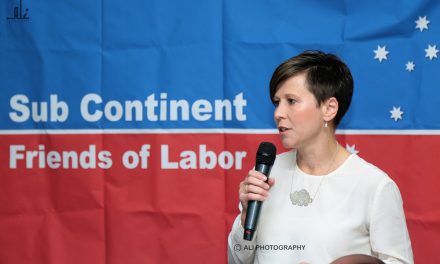