In June 2020 in response to demonstrations against Aboriginal deaths in custody Prime Minister Scott Morrison cautioned Australians against importing problems from overseas [1].

This disgusting dog whistle implied that the demonstrations were prompted by the death of George Floyd at the hands of police in the American city of Minneapolis. A death which has seen one of the officers involved convicted of murder.

He chose to gloss over the real cause of the protests, the deaths in custody of aboriginal people in Australia.

There have been at least 432 deaths since the royal commission into deaths in custody in 1991 with most of the commission’s recommendations yet to be implemented.

He dog whistled to deflect attention from his own government’s failings.

Morrison repeated his tone deaf dog whistle on 13 May 2021 on the eve of protests against Israel’s bombing of Palestinians in Gaza[2]. At the same time he expressed support for Israel saying that it had the right to defend itself[3].

Of course this infers that Palestinians are the aggressors and that they have no rights. This one sided view flies in the face of over 70 years of land theft, dispossession and ethnic cleansing by the state of Israel.

It ignores regular violence by illegal Israeli settlers, the recent attacks on worshippers at al-Aqsa mosque during Ramadan and the ongoing forced eviction of Palestinians from their homes in Sheik Jarrah to provide homes to recent Jewish migrants to Jerusalem.

Morrison may chant the mantra that we shouldn’t import problems from overseas but just who is importing them and what can he do to stop or at least mitigate it?

It is clear that the root cause of this problem is Israel’s ongoing mistreatments of Palestinians, which in many cases reaches the level of war crimes. Aside from his government’s uncritical support of Israel, there is another contribution to the problem.

Every year Australian citizens travel to Israel to serve in the Israeli Defence forces, (IDF). There is no compulsion to do this, they are volunteers[4]. At the same time young Australians are actively recruited and trained by the Zionist movement to serve in the IDF. This recruitment and training takes place in Australia[5].

The end result of this is Australian citizens being complicit in well documented war crimes carried out by the Israeli military. Worse than this in some cases they are actually targeting their fellow Australians.

In July 2006 Israel invaded and bombed Lebanon, reducing large sections of that country to rubble and inflicting heavy casualties. Nearly 23000 Australian citizens were under those bombs and Australians serving in the IDF had a hand in the attacks[6].

This is not the first time this has happened. In 1984 Australia had to rely on British help to evacuate Australian citizens including its own embassy staff from Lebanon following a bombing campaign by Israel.

Beyond that there is also active support for the illegal Israeli settlement movement from among the Australian Jewish community.  At least one organisation active in these settlements and funded by donations form Jewish communities in the USA, Europe and Australia is Kahane Chai. It is listed by the US State Department as a terrorist group[7] and its activities are so egregious that it is also banned in Israel.

If Australian born Palestinians served in groups defending Palestinians against Israeli attacks or provided financial support to aid projects run by these groups they would be subject to charges under anti-terror laws.

If Scott Morrison is genuinely interested in keeping overseas problems out of Australia he will make it an offence under anti-terror laws for Australian citizens to serve in the IDF or provide financial support to illegal Israeli settlements.

Scott Morrison and his government can make a moral stand and put Australia on the right side of history by doing so. 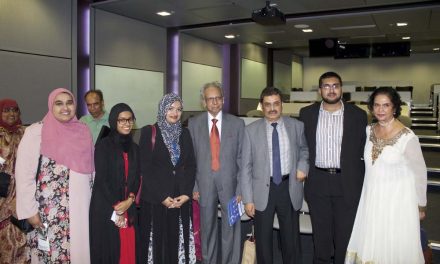