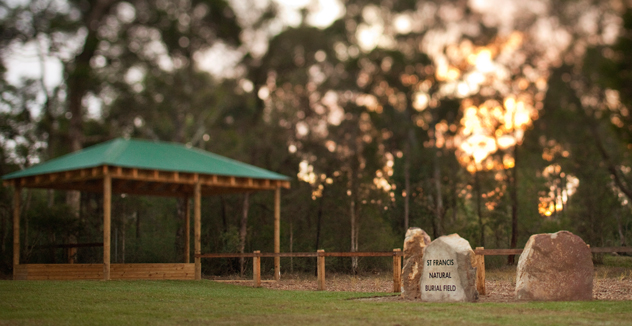 The Berejiklian Government, in a stunning about-face, has swept aside promises of inclusion with its confirmation on 24 May 2021 that it will take the 150-year-old Catholic Metropolitan Cemeteries Trust under administration.

The Trust was to be dissolved last Friday but an 11th hour intervention has given the Trust a one-week reprieve. The Trust will remain in control of the four cemeteries until then, after which legal action will be formally filed.

The State Government had previously assured religious leaders they would be included in the discussions, but in a cynical move to cover up the government’s own failure to provide sufficient burial land, has taken a shortcut to acquire the resources of the Trust and merge it with the state’s five main operators who run burial sites on Crown land, to create one bureaucratic agency.

An independent review noted that five Crown cemeteries are unable to cater for the burial needs of Sydney and that more than $300 million would be needed for new land.

Rather than the government meeting its obligations to the community, it has chosen to take over the fully-funded Catholic Metropolitan Trust under the pretense of funds being mismanaged.

The decision has angered leaders of the Muslim, Jewish and Christian faiths who contend that the Catholic Metropolitan Cemeteries Trust provides an inclusive, dignified service to the people of Sydney.

“The way they do things, it’s the exact requirements of the Muslim community,” said Kazi Ali, Chairman of the Muslim Cemeteries Board, if they run the show, at least the Muslims, the Jewish community, they will have a dignified burial service. If the government runs it, only God knows. I’m happy with the structure of the Catholics – let them run it.”

“Our mission which has continued in Sydney for over 150 years is to bury the dead in a dignified way, in keeping with the cultures of particular faiths,” said the Trust’s chairman, former NSW attorney-general Greg Smith.

“We’re being replaced by bureaucrats who have no experience running cemeteries and have no mission for the dead.”

Catholic Metropolitan Cemeteries Trust has a fully funded perpetual care fund and, in contrast to the NSW Government’s failure to effectively manage burial resources in recent years, had provided the government with a validated actuarial solution to fully fund the shortfall in the secular Crown trusts within nine years at no cost to taxpayers.

The trust is also the only Crown operator in Sydney that has secured new burial land through the purchase of two DA approved cemeteries at Varroville and Wallacia.

The trust has guaranteed religious and cultural groups such as the Muslims who have as little as a few years space remaining, their own cultural lawns in these new cemeteries.

“We will not give up the care of our dead without a fight,” said Archbishop Fisher. “This is a matter of religious liberty and a matter of respect for the dead.”

Religious leaders urge those concerned by the Government’s action to contact their local Member of Parliament and request a review of the decision.

There is also an online petition to reverse the decision to exclude religious groups from cemetery management at saveourgraves.com.au