While a teenager, inspired by the boxing legend Muhammad Ali, I used to attend the Halifax boxing club where our coach was the famous British, European and Commonwealth Heavyweight Champion, Richard Dunn.

Richard was a huge guy, six foot and four inches tall fought Muhammad Ali in 1976 and was knocked out by him in the fifth round.

Muhammad Ali was a role model then and still is for many people. I recently read his autobiography “The soul of a butterfly” written by his daughter Hana Yasmeen Ali.

The book is an amazing account of a man who was daunting, heavyweight, seemed aggressive and violent but inside was a soft and caring person. I have reflected on three aspects of this incredible man’s character:

My other reason for selecting the story of this brave man is that today there is a chronic fear of COVID-19. For society to return to a normal way of living and working, it must overcome this fear so we can enjoy our lives and families once again.

As he grew up in the 1950s and 60s, he began to recognise the injustice of segregation in American society. There were restaurants with signs that read “whites only” and “no colors allowed.” Blacks could only drink from water fountains and use restrooms that were labelled “colored.”

He first encountered prejudice when he was a toddler, he said “I’ve heard my mother tell the story; we were standing at a bus stop, it was a hot day and I was thirsty, so we walked up the block to a small Cafe, where she asked if she could have a glass of water. The man said, “he could not help us and closed the door in our faces.”

This kind of cruelty made him tough and want to stand up to this evil. It developed a deep sense of justice and fairness in him.

“When you saw me in the boxing ring fighting, it wasn’t just so I could beat my opponent. My fighting had a purpose. I had to be successful in order to get people to listen to all the things I had to say, I was fighting to win the World Heavyweight title so I could go out and say what’s on my mind. I wanted to go to the people, where unemployment, drugs and poverty was part of everyday life. I wanted to be a champion who was accessible to everyone. I hoped to inspire others to take control of their lives and to live with pride and self-determination. I thought perhaps if they saw that I was living my life the way I chose to live it – without fear and with determination they might get to take the risks that could set them free,” Muhammad Ali explained.

Muhammad Ali said, “I can remember, when I was just a kid in Louisville, Kentucky, my mother would wake my brother and me early every Sunday morning. She would come into our room, kiss us on the forehead and say a gentle whisper, “wake up tinky baby, wake up, Rudy we’re going to thank the Lord!”

This upbringing in a family made him faithful, a strong believer in God.

Although his parents were Christians, Muhammad Ali chose Islam as his religion. He was very proud of that, so much so that he said “Islam has changed my life in every way. It pulled me up and got me clean as a human being.”

He had a deep spiritual root and said, “I have always been a spiritual person; God doesn’t speak to me in a voice. It’s more like a feeling, a sense of what I must do. Whatever that is, I’m in tune with it. First time I felt truly spiritual in my life was when I walked into the Masjid in Miami Florida. I felt like I had finally come home.”

“I found the power within myself that no man could destroy or take away. When I first walked into the mosque, I didn’t find Islam; it found me.” After he became World Champion, he was summoned to join the American Army that was fighting in Vietnam, but he objected to taking part in an unjust war, consequently, he was stripped of his title and banned from the ring. However, during this trying time, he kept his faith: “not as part of some deal with God, where I would come out on top again. I didn’t know what was going to happen or if I would ever be allowed to box again. But I believed confidently that in the end, even if it meant going to jail, I would be all right. When God is with you, who can defeat you? I put all my faith in God and in return he filled me with courage and strength,” Muhammad Ali said.

Dick Gregory, the American comedian profusely praised Muhammad Ali, saying “Ali injected God into the arena. Whenever you saw Ali at the end of the fight, before he said anything else, he would give all praise to God. He injected religion. He injected faith. He injected belief.”

Muhammad Ali was a firm believer in the existence of God and said “one thing that has always surprised me is how people question the existence of God. They are always searching for proof. Would you believe a man who told you about the supermarket that ran efficiently without a manager or salesperson to look after it? Would you believe that it was protected from robbers without someone to look after it? Suppose a man told you that he has seen a big factory everything was running smoothly, without an owner or manager. Suppose he insisted the factory had been built all by itself, but even the machines have just appeared out of thin air and were now running like clockwork, producing wonderful products. Many people still question whether or not there is a greater power behind the creation of life.”

One of the beautiful names of Allah is Al-Karim, the generous, one who gives freely, freely without being asked and doesn’t expect anything in return either. This generosity is a hallmark of a truly loving and considerate person. Muhammad Ali was generous.

He told a story, “Once, I took a walk down the street in Harlem, New York, I came across a man who asked me for a dollar. There were a few other people before me, but they passed by without glancing his way. I stopped and handed him the money. As I turned away, he reached out and shook my hand. Looked me in the eyes and said, ‘I will bless you.’ Now I’m not saying that was God himself. But how do we know that it wasn’t someone working for Him, walking around in disguise?”

Being charitable is a quality of true believers, Allah says, “Those who spend their wealth in the way of Allah and do not follow it up by reminding the recipients of the favour, or causing them offence shall have reward from their Lord: they shall neither fear nor grieve. A kind word and forgiveness are far better than a charity that is followed by an insult. Allah is The Self- Sufficient and Most Gentle.” (Quran 2: 262-263)

Muhammad Ali practised this teaching saying “Some people give in order to feel good about themselves, others to show pity, so they hand in some change. Others give to receive praise and that praise is their reward, but the purity of their generosity is diminished because they receive something for it. True giving happens when we give from our heart. Giving because you generally want to help a person or a worthy cause while remaining anonymous, true charity that is the kind of giver I want to be… Giver from the heart.” 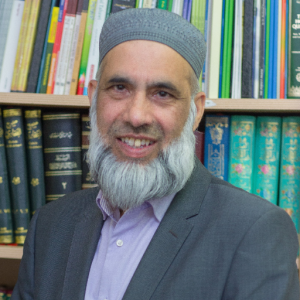 Dr Musharraf Hussain is an Islamic scholar and the Chief Executive of Karimia institute Nottingham. He was awarded an OBE by Her Majesty the Queen in 2008 for his services to community relations in Britain. Formerly he was the chairman of the Christian Muslim forum (2008-10), the director of the PGCE teacher training course and vice-chair of the Association of Muslim schools (2000-2003) and he trained and worked as a research scientist before becoming a fulltime Imam and Islamic teacher. He recently translated the Quran from Arabic and it has been published by Invitation Publishing and is an Amazon bestseller. His translation has been described as a paradigm shift in the genre of Quran translations. 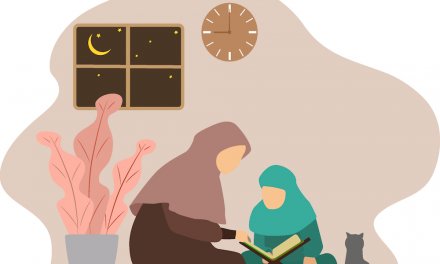 One fate one humanity: Lessons from the pandemic 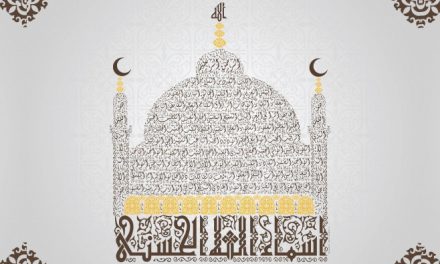