On the night of Thursday 10 June 2021, Abu Taw-Haa Muhammad Adnan, a 31-year old little-known young Islamic preacher, disappeared in Dhaka while returning from Rangpur, a district around 290 km away from the capital city Dhaka. He was returning from an Islamic lecture program in a rented car. The driver and two of his friends also disappeared.

The next day his wife wrote on Facebook that her husband told her the last time they had a phone conversation that they entered Dhaka, but they never reached home. Abu Taw-Haa’s wife also claimed that the local police station in Dhaka refused to accept a general complaint.

Concern grew over his disappearance in social media as the enforced disappearance is a common technique employed for many years by Bangladeshi law enforcement authorities to silence opposition. Many speculated that they probably took him due to his religious speeches on YouTube.

Abu Taw-Haa was not much of a known person before this incident. Now people found out that he studied philosophy at government colleges, and he never had a formal religious education. He was a self-taught religious preacher focusing on the end-of-time and apocalyptical topics in his lectures uploaded to YouTube.

Although the strict government control over the mainstream media in Bangladesh didn’t allow much news to be published about his disappearance, it has became the most talked-about issue among Bangladeshi Facebook users over the next few days.

A Bangladeshi Facebook page named ‘Face the People’, administered from overseas, brought his wife into a live program that was viewed by hundreds of thousands of viewers.

After seven days, on the morning of Friday 18 June, the same Facebook page published a screenshot of Abu Taw-Haa’s android phone location through his Gmail account where he was shown to be located at the Military Intelligence’s (Directorate General of Forces Intelligence – DGFI) headquarter in Dhaka. They claimed that his phone was switched on temporarily, and the family members were able to grab the location.

Two days after this screenshot was published, Police claimed that they found him along with his two friends and the driver at a house in Rangpur where he was hiding to avoid family problems!

DGFI is widely known as the government agency in Bangladesh behind hundreds of the enforced disappearances; the official number of victims is now more than six hundred over the last decade. A handful of them was returned. However, they never talked about what happened with them, definitely due to understandable reasons.

Most of these lost people were leaders, activists, and family members of various leaders of Bangladesh Jama’at-e-Islami and Bangladesh Nationalist Party, two major political parties of the country.

Ilias Ali, A BNP Leader, Abdullahil Amaan Azmi and Mir Ahmed Bin Quasem, sons of two Jama’at leaders, are now lost for more than several years. They are among many who never returned.

However, it seems that no political affiliation along with the social media scandal has facilitated a different fate for the young Islamic preacher this time. 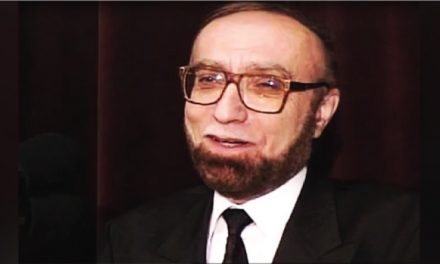