The storming of the al-Aqsa Mosque, on Saturday 8 May coinciding with 27 Ramadan Lailatul Qadr, by Israeli forces and then the brutal aerial bombardment of Gaza for 11 days with dramatic images of demolition of multi storey buildings resulting in the death of more than 250 Palestinians including 66 children shook the conscience of the world with rallies in support of Palestine.

There were a number of rallies in support of Palestinians in all major cities of Australia with calls for a stop to Israel’s illegal acquisition of Palestinian lands, oppression in the occupied territories and total blockade of Gaza, considered as an open prison with people living in a miserable condition.

The ceasefire finally came into effect on Friday 21 May and while it is  life as usual for Israelis now, it is time for the people in Gaza to take stock of the dead and high number of injured and start cleaning up the rubble and try rebuilding their houses and life from scratch again.

Israel flaunts UN resolutions on a regular basis and its occupation and confiscation of Palestinian land is unacceptable under International law and according to Human Rights Watch and B’Tselem, Israel is guilty of crime of apartheid with discriminatory policies against the Palestinians.

However with its strong military might, the government of Israel does not feel accountable for its human rights violations and through its strong lobbying power in Western seats of power, no one can make it accountable. 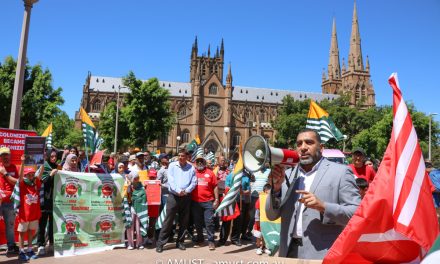