Food a passport to parts unknown The Cocos Keeling Islands. The name sounds exotic, evoking images of white sands, turquoise beaches, and coconut water on tap. The tourist office promotes an unspoilt island paradise destination. Virgin Australia used to fly there twice a week from Perth.  A must for your bucket list when travel is possible again. Just try googling images and let yourself dream.

Courtesy of Recipes for Ramadan (www.recipesforramadan.com), I was inspired by Calisha Bennett’s family history and her Cocos Islander Ayam Panggang – a wonderful chicken dish as perfect for these cold days as it is for the balmy tropics – to find out more.

Despite thinking that my Australian Geography and History were quite good, before reading Calisha Bennett’s story (and trying out her delicious recipe), I couldn’t have placed the Cocos Islands on a map. I had no idea they are an Australian territory and that the population on one of the two inhabited islands is devoutly Muslim.  It turns out few Australians have heard of the Cocos Islands or visited either.

Consisting of two atolls, and 27 coral islands, only two of which are populated: Home Island and West Island, a 30-minute ferry ride apart, the Cocos Islands have to be one of Australia’s best-kept secrets! In the middle of the Indian Ocean, 2,700km north-west of Perth, 900km south-west of Christmas Island, from what I’ve read it’s worth trying to get there before developers move in and tourism takes off.

The peacefulness of the islands today gives little indication of their past.

The recorded history goes back to 1826 when an English merchant named Alexander Hare brought people from Malaysia, Indonesia, South Africa and New Guinea to the islands as slaves, convicts or indentured workers. They became known as the Cocos Malays and developed their own dialect, similar to Indonesian.

A year later, the Scottish Clunies Ross family took over and for 150 years, the newly-formed community of Cocos Malays harvested coconut plantations. In the early years of settlement, the islanders had little contact with the outside world but in the course of both World Wars, the islands became targets due to their geographically strategic position and between 1944-1946, they were home to many RAF personnel.

The British transferred sovereignty over the islands to Australia in 1955, ratified by the Cocos (Keeling) Islands Act and then in 1978,  the Australian government purchased most of the atoll from the Clunies Ross dynasty and the family formally relinquished authority to Australia.  In 1984, in a UN-supervised Act of Self-Determination, the residents of the islands voted for integration with Australia.

For five generations, the Clunies Ross family had styled themselves as ‘kings’ of the Cocos; making themselves known as Ross I, Ross II and so on. They even developed their own plastic currency: the Cocos Rupee, redeemable only at the company store.

The islanders worked laboriously dawn till dusk growing, harvesting and processing coconuts into copra (dried coconut flesh) to be exported. The little ‘money’ they earned went to buy rations of sugar, flour and rice. Wages were appallingly low: $3 a week for male estate workers and $1.50 a week for female workers.

There was no real freedom as we would think of it. Travel and trade to and from the islands was not permitted. Except for lighting, there was no electricity, water or sewerage in the housing occupied by islanders. Education was free – although it was not compulsory and there was no secondary school, and no indication that the curriculum was reviewed or monitored.  In fact it seems that the Clunies Ross school was run by locals who often weren’t very well educated themselves.

A UN Mission sent to the Cocos in 1974 didn’t describe the last of the Clunies Ross dynasty, John Cecil Clunies Ross, very favourably. ‘Threatening’, ‘unpleasant’ and ‘coldly contemptuous’ and Calisha Bennett’s story recounts harsh treatment meted out to her grandfather after he rebelled and stole food for the starving islanders.

Today, the Cocos Islands are inhabited by just 600 people, and the main religion is Islam. The islanders’ celebration of Eid uses the Malaysian name: Hari Raya Puasa. Its spectacles include colourful jukong boat races and a traditional march through the kampong villages.

According to Tourism Australia, there is plenty to keep you occupied on a holiday to the Cocos: motorised outrigger canoe safaris; diving with ocean wildlife in clear warm waters; kitesurfing or fishing for iridescent bonefish. Cultural tours introduce visitors to basket-weaving, learning some Cocos-Malay words and visiting the local museum.

There are few hotels, but plenty of villas, guesthouses and holiday apartments to take your pick from and Cossies Beach on Direction Island has been named Australia’s best beach by beach expert and Tourism Australia Aquatic and Coastal Ambassador, Brad Farmer.

As far as cuisine goes, Calisha’s mum, whose parents are from the Cocos Islands, says that rice and fish fried in coconut oil is a staple. From oil to candy, coconut products remain an important part of the islanders’ diet; along with rice, chillies and Asian spices. The islands’ cuisine has influences from Europe, due to European colonisation, as well as from Indo-Malay countries, where most of the islanders originated from. The 1984 Act of Self-Determination symbolised the beginnings of Cocos Malay involvement with the Australian state on their own terms. The land rights of the islanders however have not been fully recognised leading to some Cocos Malays’ claims to be Indigenous to the islands. The claim is based on a couple of facts: the Islands were uninhabited before the Cocos Malays and Alexander Hare first settled there and the islanders have maintained a unique, longstanding language and culture.

A recent documentary, Australia’s Forgotten Islands, portrays the growing Indigenous movement among the Cocos Malays. The strategic importance of the Islands means that there has long been a real possibility that a large military base could be built there and ‘Indigenous’ status would be a way to maintain a local voice.

This may sound familiar but during integration, clear promises were made by the Australian government and many Cocos Malays feel that they were broken. The Cocos Malays have been pushed to Home Island by the incursion of mainland Australians, who have been able to purchase property on West Island in direct violation of the land ownership promises made to the islanders. Cocos Malays are losing ownership of their homes and struggle to find employment; particularly in high-ranking jobs such as senior positions in local government. If they receive higher education on the mainland and return, some Cocos Malays feel they are the victims of nepotism and racial discrimination when it comes to finding employment on the Islands.

It’s hard to have your voice heard from the middle of the Indian Ocean but the Cocos Malays seek protection of their rights and their land and to have their voices heard.

For me, the Cocos Islands are a new interest and a new cause. I’m grateful to have discovered new places, new people and new family and wider social and political stories via Recipes For Ramadan – and in respect of the Cocos Malays, I think it’s high time Australia listened and took notice.

Do read Calisha Bennett’s story and try her mother’s family recipe.  Her Ayam Panggang will give you a taste for island food and for the Cocos Islands and with its warm spices, is as suitable for cold winter nights as it is for eating by the beach in summer. You can find it at www.recipesforramadan.com. Go to Recipes & Stories and scroll down alphabetically through the countries to find  Calisha’s Cocos Islands Ayam Panggang. While you’re there, lose yourself in some of the other stories and recipes and discover some of the fascinating backgrounds and cultures within the Australian Muslim Community.

Calisha Bennett is an educator, coach, writer and mentor.  She works with Together For Humanity (www.togetherforhumanity.org.au) and can be found on Instagram @calisha_bennett and @developing_diamonds.

Emma Collins is an undergraduate Arts & Science student at UNSW. 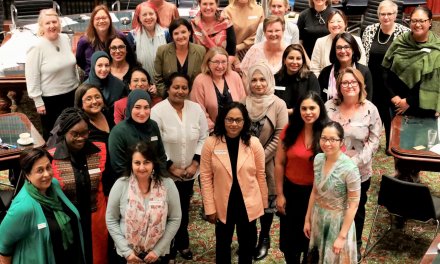 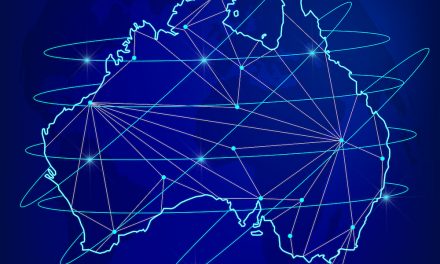 Thank God, we live in Australia