Due to the uncertainty caused by COVID-19, the annual Multicultural Eid Festival & Fair (MEFF) scheduled at Fairfield Showground was cancelled this year.

In order to compensate for a themed MEFF reception, an online webinar was conducted instead on Sunday 30 May 2021, the date when the festival was scheduled at 3 pm with the support of IFEW and AMUST.

One of the planned speakers, Ms Rita Jabri-Markwell was unable to participate due to a family emergency.

Zia Ahmad introduced the topic and its relevance to current events and challenges highlighting the concerns on the effect of hate speech leading to violent behaviour in the community and review various efforts being made by activists, NGOs, legal professionals, academics, and government authorities in countering this locally as well as globally.

Professor Burton, presented a set of slides that helped frame the topic and understand the issues that society is dealing with, in particular the distinction between hateful extremism and violent extremism and how they are linked.  He also broke down what lessons could be learnt from the Christchurch massacre, noting that “if it can happen in Christchurch, it can happen anywhere.”

Dr Kasim focussed on countering extremism, discrimination and hate through activism. He pointed out that this is “more than academic, its very personal” indicating that there are real consequences to hate and extremism on individuals and communities.

Dr Khan shared his thoughts on what constitutes Islamophobic discourse and our response to it. In particular he focussed on the three frames of blasphemous speech acts, offences against religious sensitivity and racist speech.

The webinar then progressed to the speakers taking questions from the attendees and providing their responses and then Zia Ahmad praying that in 2022 MEFF will resume hosting the festival once again.

The webinar in its entirety is linked below. 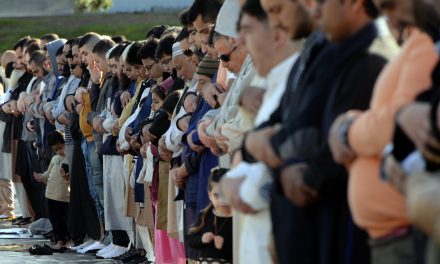