A Gaza father’s call for help 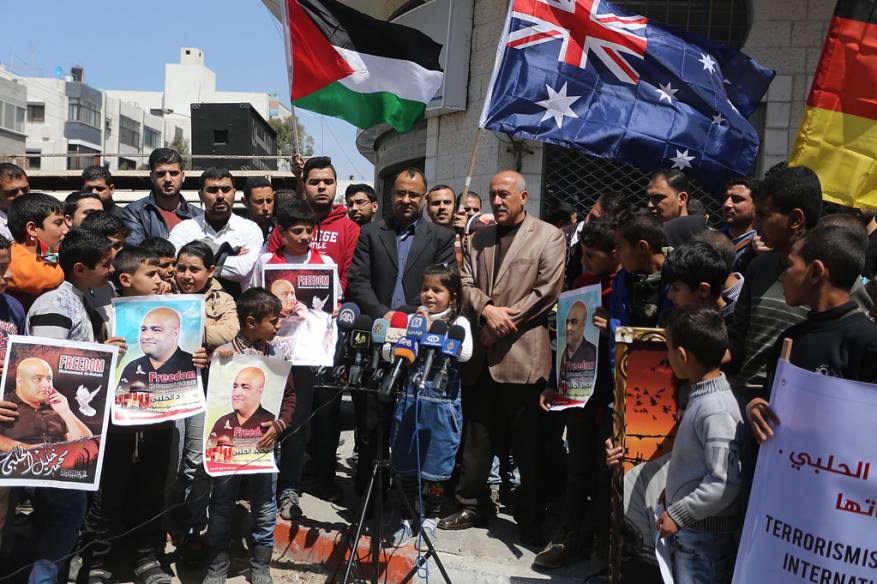 I received this email from Khalil al Halabi in Gaza, “All my respect to you my dear I hope don’t forget my son. Next Tuesday 15/6/2021 is the fifth anniversary of the arrest of Moh’d al-Halabi & the sixth year will begin with the number of unfair trials, 162. We call for prayer & pray for his release. Your help and your support. With all my love.”

How would we as parents cope day by day with the day by day unjust imprisonment of our innocent child who has also been cruelly subjected to 162 futile court appearances, 162 hopes for freedom crushed?

Would we as parents have the strength like Khalil to carry Mohammad’s mental suffering, his physical pain caused by Israeli torture, his confusion, his fear, his unbearable isolation from his wife and 5 children, his terror over the 11 days in May that Israel’s war on Gaza would strike his family?

Would we have as parents the greatness of heart to lift on our shoulders the burden of care as Khalil lifts his son’s responsibility to care for and provide (Mohammad ’s salary was cut on arrest despite his proven innocence) for Mohammad’s wife and five children – the youngest of whom knows his father only through photographs?

The toll of mounting stress from the daily desperate pleas for his son’s release on Facebook, on Twitter, in letters to governments, to the UN, to human rights NGOs, depleted Khalil’s health immunity causing him to be hospitalised for weeks with Covid in December 2020. On leaving hospital Khalil immediately resumed his steadfast campaigning.

Khalil embodies the virtue of Palestinian sumoud- steadfastness -forged in the fire of Israeli brutal oppression. Like father, like son, Mohammad has steadfastly asserted his innocence refusing the Israeli deal – freedom for a confession of guilt.

Mohammad, as World Vision Australia’s director for Gaza and the West Bank lived by his steadfast provision of care for Gaza’s children during and post the devastation of Israel’s wars on Gaza: Operation Cast Lead 2008-9, Operation Pillar of Defence 2012 and in 2014, the monstrous 51-day war on Gaza, Operation Protective Edge for which Mohammad was profiled by the UN as a Humanitarian Hero.

And for his specialised and compassionate care, Mohammed has been crucified by the Jewish State of Israel in its war on NGOs making Palestinian life bearable thus undoing Israel’s genocidal efforts to make Palestinian existence unliveable so that Israel’s land expansion goals are achieved.

Mohammad’s suffering raises a crucial question. Remembering a nation is its people – What kind of nation for political gain locks up innocent people for years?

To find answers, we Australians don’t have to look far. Our governments’ racist policy has held innocent people fleeing persecution in offshore prisons for 9 years! A policy that is UnMuslim, UnChristian, UnBuddhist, UnHindu, UnAustralian. Yet Australian voters have elected governments enforcing this cruel inhumane policy.

We can’t point fingers at Israel and say we don’t bomb asylum seekers, because Australia willingly bombed the countries from which our asylum seekers have fled.

So how can we actively help Mohammad? Help refugees? The answer, the way, the obligation is in our Holy Books, in our souls. Our actions shape our nation.