Queensland campaigners gathered to celebrate the announcement that the Palaszczuk’s Government had referred the state’s vilification and hate crime laws to a parliamentary inquiry.

The Queensland Parliament will consider the campaigners Options Paper.

Australian Muslim lawyer, Rita Jabri-Markwell, Co-Chair of the Communities Coalition, alongside Christine Castley from Multicultural Australia, said the move was a great win, but now the community had to drive home their case.

“We really encourage community members with lived experience of hate incidents or hate crime, whether you reported it or not, to share your story,” said Jabri-Markwell.

“There isn’t much police data, which means community leaders have to work doubly hard to show that racist abuse, harassment and threats are a real thing.”

“People’s personal stories are really powerful and will be a big help right now insha’Allah.”

Examples of hate incidents include racist verbal abuse, harassment or threats in public places, physical assault, theft or vandalism. It includes online or offline and behaviour.

These organisations will be gathering stories in June and looking to finalise their submissions in early July 2021. Imran recited the Adhan and from the Holy Qur’an while his grandfather Br Fadlullah Wilmott spoke about the significance of Ramadan. (Image courtesy of Multicultural Australia)

The Communities Coalition is bringing together legal minds from diverse backgrounds to understand what will make a difference to victims.

It will consider laws and penalties used elsewhere in Australia, as well as the UK, US and Scotland, to understand what these regimes cover and do well when it comes to victim protection, policing and deterring hate crime.

The Coalition also hopes to consult with police in Queensland on proposals. The Queensland Police Commissioner has already publicly welcomed the inquiry.

For more information on the campaign head to #BetterLaws4SafeQld. 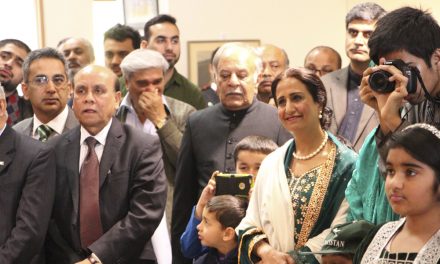