Frequently pigeonholed within the mainstream media, the portrayal of Muslim characters on-screen has been weary viewed and well-documented from television shows like the British thriller series ‘Bodyguard’ to the US CIA drama ‘Homeland’.

In these depictions, men are generally typecasted as culturally backward figures linked with misogyny, anger and violence. Whereas, women are often depicted as oppressed victims with little to no agency.

Tired of these stereotypes, UK Muslim Film a new charity launched at a British Film Institute (BFI) event on 7 April 2021 and aims to “integrate the Muslim experience into the heart of British culture” through film and television. They seek to “change the script” on representation in the entertainment industry and end the common use of anti-Muslim tropes.

Backed by the British Film Institute (BFI), the charity will also advise productions on how to better represent diverse communities on screen and avoid perpetuating harmful cliché which alienates young British Muslims and other minorities.

Envisaged as a year-round experience, it will host screenings and nurture emerging storytellers for aspiring filmmakers of all backgrounds and boost their presence in the industry.

Sajid Varda, the charity’s founder and CEO, explained the necessity for diversity and more inclusive storytelling within entertainment.

“UK Muslim Film was created as a response to my many years of working within the industry both in front of and behind the camera and realising that Muslims need to be represented at all levels, in writer’s rooms and as commissioners,” said Varda. Illustration: Riz Ahmed in the movie ‘Sound of Metal’ (2020), Ahmed made history recently as the first Muslim actor to be nominated for the Academy Award for best actor. Source: BFI.

Varda is not the first to voice concern over the way Muslims are presented on-screen, Oscar-nominated British actor Riz Ahmed famously stated in his 2017 speech to the UK Parliament, of the historical and widespread failure to champion diversity on screen.

Ahmed, the first Muslim to be nominated for Best Actor by the Academy Awards this year for his performance in the Sound of Metal, explained that the audience would “switch off” from mainstream society if they did not see themselves being authentically represented.

Whilst, in Australia these challenges also extend to Culturally Linguistically Diverse (CLAD) communities alongside Indigenous talent seeking to gain a foothold within screenplay.

Jen Smith, the BFI’s Head of Inclusion expressed her delight to host the event and her encouragement to support budding talent.

“What we do in the screen industry matters. Imagery is persuasive…By expanding our industry to be more inclusive to Muslims and exploring intersectionality within Muslim communities we get to tap into more audience growth and global markets as well as a richness of creativity.” 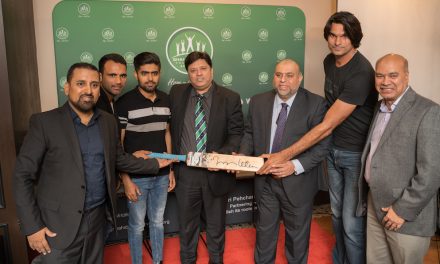 An evening with Pakistani cricket stars Holding our heads up high: NZF’s support through COVID-19