This unanimous reaffirmation of the 2018 National Conference decision reinforces the ALP’s rank and file call on Labor when in government to recognise the State of Palestine.

Accordingly, Labor’s Foreign Affairs Spokeswoman, Senator Wong moved to include the 2018 decision into the Party’s 2021 platform stating “any lasting resolution to the Middle East conflict cannot be at the expense of either Palestinians or Israelis’. This realigns the imbalance in the Party’s position that favoured Israel over the United Nations recognition of the inalienable rights of the Palestinian people.

It reconfirms the Party’s national call for the next Labor Federal Government to recognise Palestine as a state and to support the recognition and right of Israel and Palestine to exist as two states (living side by side within secure and recognised borders as set out by Security Council resolution 1397 (2002)), with the expectation that this issue will be an important priority for the next Labor Government. Labor’s 30th March decision calling for recognition of the State of Palestine had extra significance for Palestinian people worldwide as it coincided with the 45th anniversary of Palestine Land Day. 30th March 1967, marked the day when Palestinians began protests against Israel’s expropriation and occupation of Palestinian lands. A Day that symbolises the national struggle for land.

Since the partition of Palestine in 1948, however, many in Labor have supported the recognition of Palestine established on the principle of a permanent two state solution based on the 1967 borders, the realisation of the inalienable right of the Palestinian people, and the right of all States in the region to live in peace and security.

Today, the Labor Party is back on track with Australia’s 1948 historic position, when, then foreign minister, Dr H.V. Evatt, as chair of the UN Special Committee on Palestine authorised the partition of Palestine into two states. It was upon the basis of this decision that the state of Israel was created. It is upon the 2018 and 2021 Labor National Conference resolutions that Labor will recognise the state of Palestine for the Palestinian people.

However, it was with the Rudd government that Labor in government began to take that extra step in balancing Labor’s position vis a vis Israel Palestine. This was taken a step further under the Carr foreign Ministry.

In the campaign for recognition for Palestine, Prime Minister Rudd told the ABC Radio PM program that “The time has come for Australia to join countries like Sweden and the Holy See in formally recognising the Palestinian state….It is time for Australia to draw a line in the sand on this matter. As 137 states already have.”

Former PM Bob Hawke, who is noted for telling his biographer Blanche D’Alpuget: “I’m an Israeli. If I were to have my life again, I would want to be born a Jew,” joined former Prime Minister Kevin Rudd, and former foreign ministers Gareth Evans and former NSW Premier, and former foreign Minister, the Hon Bob Carr, in calling on Australia to recognise Palestine as a state.

In a 2017 Financial Review opinion piece, Hawke called on the Australian government to recognise the State of Palestine: “Australia was there at the very beginning” he said. “The least we can do now, in these most challenging of times, is to do what 137 other nations have already done – grant diplomatic recognition to the State of Palestine.”

While there were some with this view in opposition, they were in the minority. The fact remains that this is a win for peace, for sensibility, for balance, for justice and for the recognition of the inalienable rights of the Palestinian people.

Furthermore, the decision to recognise Palestine is a significant moment in Labor history.  It is the result of years of counter pressure against those that had long held a stranglehold on the Party’s Middle East foreign policy position. Thanks to the considerable support of key members of the party and unions on all levels, from Left and Right and amongst the Party’s rank and file and supporters across the country.

The win for the pro-Palestine side, was not just in the motion to recognise Palestine as a State, but in the ever-broadening support in Labor’s rank and file, in the union movement and amongst those in decision making in the upper echelon of the Party.

This decision to recognise the State of Palestine is informed by Labor’s social justice values and its belief in human rights. It is also informed by the recognition that justice for Palestine and the Palestinian people is fundamental to peace in the Middle East as it is fundamental to the Australian Arab/ Islamic communities across Australia who want to see peace in their time in their war ravaged poverty stricken, chaotic, Arab nations. It is also significant to a large number of Australians across the nation, 73% of whom, according to the 2017 Morgan poll, support the establishment of an independent State of Palestine. This support for the rights of Palestinian people to an independent State of their own is growing by the day.

In fact, the growth in favour of recognition is now worldwide. The latest shift in favour of the Palestinian people is in the United States and in particular amongst supporters of the US Democratic Party. In a recent annual Gallup poll on how Americans view the Israel/ Palestine conflict and for the first time ever, a majority of Democrats, 53%, up from 43% in 2018, say the United States should “apply more pressure” on Israel to make compromises as opposed to “ more pressure on Palestinians.” 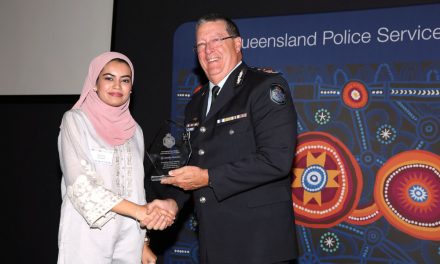