Insistence of the French in promoting disrespect of Islam’s Prophet in caricatures in schools, displays a fundamental flaw in their civilisational values. The French slogan now means ‘liberty to defame Muslim minorities,’ ‘equality reserved for white French,’ and ‘brotherhood of secularists and right-wing extremists.’

President Macron pushes an Anti-Separatism Bill to rob Muslims of their identity. His ‘Republican principles’ law causes concern. Amnesty denounced the Interior Minister who cited praying and fasting as ‘signs of radicalization.’

“The crisis France faces with Muslims is that of French chauvinism, and refusal of white supremacist Christian and [secular] French to recognize their country is a third-rate neocolonial power that insists holding to undeserved past glories, when they need to repent genocidal sins that extend from the Caribbean to South-East Asia, to Africa, that killed millions. The French need repay debts they owe to all whom they robbed and killed.” (Massad).

First, the Atlantic Slave Trade was partly led by France. Nunn investigated its enduring effects: “Poorest African countries today are those from which most slaves were taken. If slave-trades hadn’t occurred, 72% of the income gap between Africa and rest of the world wouldn’t exist.”

Third, is France’s marginalisation of Muslim communities. “The neo-colonial practice of controlling the polity/economy of African states ripened conditions for terrorism. Deliberate ignorance of Muslim minorities by France radicalised those communities.”

The US and France excessively project terror dimensions of the crisis. France’s Mali intervention for its interests did not consider the consequential instability to Africa.

“The solution in the Sahel is political not military. While French are involved, settlement is unlikely as [militants] consider French as mortal enemies.”

The intensifying security mission is stalemated. France’s policies push countries into a ‘vortex of death, destruction, violence.’ Unsurprisingly, protests erupted against French presence in the region.

The Qur’an admonishes: If they gain the upper hand over you, they would be enemies to you and extend against you their hands and tongues with evil. (60:2)

“Without Africa, France will slide to a third-rate power.” (Chirac)

We support the Muslim Theologians’ Council, South African call: “It cannot be that after attacking the beloved personality of Prophet Muhammad (s), that relations between the Muslim Ummah and France continues normally.

It is the Ummah’s duty to cease all support to France and boycott its products.” 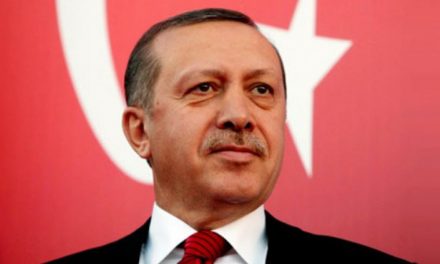 Herd Loss In Immunity From Isolation