Silence over China’s abuse of the Uyghur is deplorable Muslim governments’ selective concern of Muslim sufferings around the globe is deplorable. The least talked about issue among Muslim political leaders is a major crisis facing the Chinese Muslims for past few years.

Global Legal Action Network (GLAN) of UK describes how the Uyghur Muslim minority in the far western Xinjiang region of China has been subject to “enslavement, torture, rape, enforced sterilisation and persecution”.

There is a “plausible” argument that the country’s president Xi Jinping is himself responsible for the action, which has seen more than a million people, including Uyghur and other mostly Muslim ethnic groups, imprisoned in a vast network of concentration camps.

Victims have been “forced to remain in stress positions for an extended period of time, beaten, deprived of food, shackled and blindfolded”, it said.

On the basis of the evidence, the report concludes that there is a very credible case that acts carried out by the Chinese government against the Uyghur Muslims in Xinjiang Autonomous Region amount to crimes against humanity and the crime of genocide. 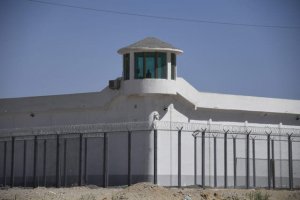 A high-security facility where mostly Muslim ethnic minorities are detained, on the outskirts of Hotan, in China’s northwestern Xinjiang region.

The legal team of GLAN state they have seen “prolific credible evidence” of sterilisation procedures carried out on women, including forced abortions, saying they “clearly constitute a form of genocidal conduct”. They also found evidence of children being placed in orphanages or boarding schools without parental consent.

Peter Irwin, of the Uyghur Human Rights Project, said, “This finding makes it impossible for responsible governments to continue treating China as a normal member of the international community.”

The China scholar Adrian Zenz reports that the communists are forcing Muslim Uyghur women to be sterilised or fitted with contraceptive devices. If they resist, the state sends them to join the one million Uyghur people and other Muslim minorities detained in what the state defines as “re-education” camps.

A BBC investigation found that China was separating children from their families so they grew up without understanding  or practicing Islam.

Under the communist rule, reporters face huge logistical difficulties and cannot get near  Xinjiang without taking extraordinary risks. With no footage of their suffering and strcit censorship , millions of Uyghur Muslims continue to face harshest conditions.

As one of the great crimes of the 21st century unfolds in front of our eyes, Muslim world is the silent spectator. Pakistani Prime Minister Imran Khan is rightfully raising Kashmir issue on every available opportunity but Pakistan’s interests in China are such that he is reluctant to mention a word about the plight of Uyghur.

In July 2019, Pakistan, Saudi Arabia, Egypt, the United Arab Emirates, Algeria and other Muslim-majority states that claim to be the defenders of the faith helped to block a Western motion at the United Nations calling for China to allow “independent international observers” into the Xinjiang region.

Unfortunately these Muslim governments use the idea of Muslim solidarity only when it suits them.

Many have been bought off by China. China’s “Belt and Road” infrastructure programme in 70 countries has made China an influential leader at the United Nations.

Such favours result in the Muslim countries to turn a blind eye to the suffering of fellow Muslims.

Not only that if you speak against China, you are being punished with cyber-attacks and sanctions as has happened to Australia for seeking inquiry into the origins of COVID-19. 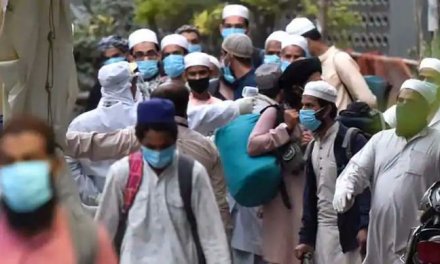 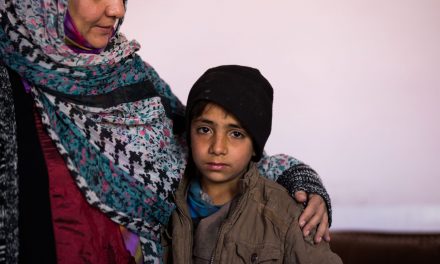