In search of supporting Muslims in China In spite of lots of verbal debates on the persecution of Uyghur Muslims in China there is no real movements or efforts from anyone to help them on the ground. Who will be helping them if the Muslims don’t come forward in their support?

What are the practical ways to help them?

They are also asking, why in July 2019, many leading Muslim-majority states helped to block a Western motion at the United Nations calling for China to allow “independent international observers” into the Xinjiang region?

Most of the leading Muslim countries have significant economic and political stake with China. In many cases this is imbalanced against them, and China is using its economic power to exert political influence.

Understandably, Muslim Governments decided not to engagement with China including not issuing any public statement, even expressing any verbal criticism or concern.

They seem to have forgotten that friends need to look after friends by communicating what is good and bad to friendship.

What Muslim citizens could do?

Undeniably, China is taking over the US as the most powerful nation on earth, how Muslims should engage with the nation which already has a dominant role in the regional and international stage?

Muslims in the West are actively engaging with the governments and communities for peaceful co-existence with respect and dignity.

Not only Muslims opening their Mosques for members of the wider community, they are also taking leading role in many multi-faith and multicultural activities, not to mention significant contribution in education, business, sports and professional jobs.

They are very much a part of the success story of multiculturalism in many Western countries. This is well recognised by everyone both at the government and community levels.

Why can’t Chinese Muslims do the same, if not better, if they get the opportunity?

Should conscious, educated and professional Muslim citizens and community organisations join their Governments to sit idle and do nothing while Muslims in China need their urgent help?

What about the highly educated and well-established Muslim professionals and community  leaders living in the West?

We all know the devastating impact of boycotting English language in the subcontinent when the British took over India from Muslims in the eighteenth century.

Should we adopt the old ‘boycott’ policy and disengage with China abandoning the already isolated millions of Muslims there. Or we should engage with China to know the facts on the ground about Uyghur and other Muslims in Xinjiang and other regions in China.

Even though Muslims in general are very worried about their brothers and sisters in China, it is highly unlikely that any Government in Muslim countries will seriously ask China about the situation of Uyghur Muslims.

They have too much at stake in doing so. They are increasingly becoming more dependent on China as the US slides down its global position.

Engagements for common ground
Muslims, especially those living in the west, should seriously think about citizen-level intellectual, professional and faith-based engagement with their China counterparts.

They need to verify if the claims of the western media and governments accusing China of genocide and ethnic cleansing of Muslims is true or not.

This is more important as China is consistently denying any wrongdoings, and labelling it as pure western propaganda.

If China is worried about terrorism, they should know that Islam is a religion of peace and against any form of terrorism. We are very clear about this and no country, let alone China, should be under the threat of terrorism by anyone, especially from Muslims.

The present-day world is becoming more concerned about the far-right extremism than anything else.

As for their claim of separatist or independence movement in the north-west China, should we be taking any side as no Muslim country has the commitment and ability that would benefit anyone?

Given the current global geopolitics, would it be wise to put the Muslims in China under greater risk by giving only lip service? We need to be realistic in our approach and should pursue a long-term goal of living in peace with the culturally diverse population.

Our main focus should be to help protect the lives, properties and religious freedom of Muslims in China. We also need to keep in mind that there are many Muslims in other parts of China who are not facing the same kind of persecution and systematic oppression as the Uyghurs.

It would be unwise and unhelpful if anyone’s act endangering their way of life.

This may be a good time to remember the situation under which Prophet Muhammad (s) accepted and signed apparently the most humiliating conditions of Hudaibya Treaty that was later termed in the Qur’an as Clear Victory.

The wisdom behind this was to achieve peace which was, and still is, a precondition for the spread of Islam. We can learn from the history and benefit.

Moving forward for peace
Seriously speaking, we have two options either to accept the status quo and let Muslims continue to suffer amid contradictory claims of the west and China, and silence of Muslim governments, or initiate a citizen-level engagement process with China to understand mutual concerns and make a headway to assess and improve the grass-root level situation of Muslims in China.

If Chinese Government and citizens care for the long-term good economic and political relationship of Muslim nations and counter US influence in the Muslim countries they should come forward to meaningfully engage with Muslim leaders at different levels.

Such engagements will help remove any misunderstanding, create scopes for cooperation, and build strong mutual trust to work for mutual benefit of both parties.

The proposed citizen level engagements may pave the way for some Muslim Governments to discuss and achieve friendly goals in improving the situation of Muslims in China.

It is worth mentioning the ground breaking role of the civil society in negotiating the peace in Mindanao between the Philippine government and the Moro Islamic Liberation Front. 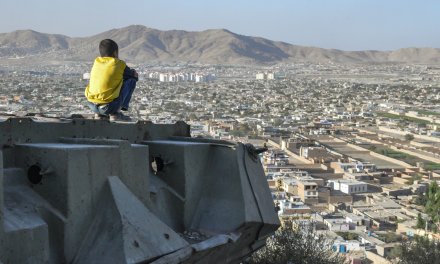