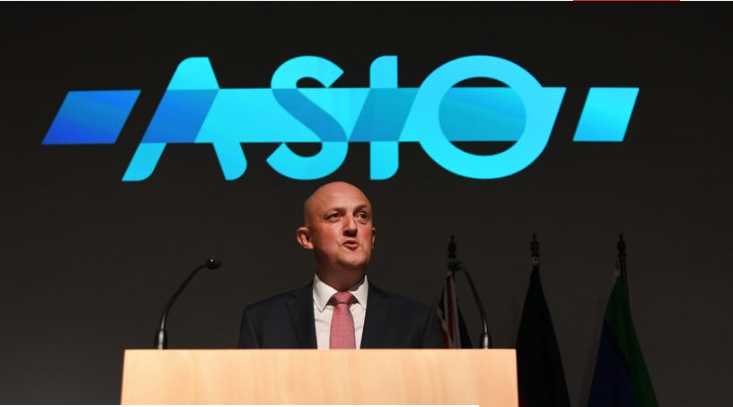 ASIO is changing the language it uses to describe violent threats, because it says the current labels are “no longer fit for purpose.”

This means terms including “left”, “right”, and “Islamic extremism” will be avoided.

Burgess said the terms in use now did not “adequately describe the phenomena we’re seeing”.

It was unhelpful to categorise the many violent groups of various political ideologies as simply “extreme left wing” and “extreme right wing”.

“ASIO does not investigate people solely because of their political views, so labels like ‘left’ and ‘right’ often distract from the real nature of the threat,” Burgess said.

“While the views advocated by many extremist groups are appalling, as a security service, ASIO’s focus is on the threat of violence.

“In the same way, we don’t investigate people because of their religious views – again, it’s violence that is relevant to our powers – but that’s not always clear when we use the term ‘Islamic extremism’.”

He said some Muslim groups understandably saw the term as “damaging and misrepresentative of Islam”, and stigmatising them “by encouraging stereotyping and stoking division”.

Language was needed that matched the evolving threat environment and could accommodate groups outside traditional categories.

An increasing number of individuals and groups didn’t fit on a left-right spectrum, Burgess said. Rather, “they’re motivated by a fear of societal collapse or a specific social or economic grievance or conspiracy.”

Burgess said many of Australia’s Five Eyes partners had updated their language.

But he inserted the qualification that the new labels were umbrella terms and in certain cases ASIO might “need to call out a specific threat that sits beneath them”.

COVID had reinforced extremist beliefs about the collapse of society and race war.

“As a consequence, we are seeing extremists seeking to acquire weapons for self-defence, as well as stockpiling ammunition and provisions.”

Australia faced threats from both religiously motivated violent extremists and “a growing assortment of individuals with ideological grievances”.

Burgess said that last year he had called out “so-called right-wing extremism”.

“Since then, ideological extremism investigations have grown from around one-third of our priority counter-terrorism caseload, to around 40%. This reflects a growing international trend, as well as our decision to dedicate more resources to the emerging domestic threat.

“The face of the threat is also evolving, and this poses challenges as we seek to identify and monitor it.

“People often think we’re talking about skinheads with swastika tattoos and jackboots roaming the backstreets like extras from Romper Stomper, but it’s no longer that obvious.

“Today’s ideological extremist is more likely to be motivated by a social or economic grievance than national socialism. More often than not, they are young, well-educated, articulate, and middle class – and not easily identified.

“The average age of these investigative subjects is 25, and I’m particularly concerned by the number of 15 and 16 year olds who are being radicalised. They are overwhelmingly male.”

He said “compared with other forms of extremism”, ideological extremism “is more widely dispersed across the country, including in regional and rural areas”.

“ASIO anticipates that the threat from this form of extremism will not diminish any time soon – and may well grow.”

Burgess noted that in his first threat assessment, delivered last year, he had warned adversaries that ASIO would hunt those conducting espionage or foreign interference against Australia.

It had made good on this promise. “We have dealt with multiple attempts – from multiple countries – to steal Australia’s secrets and undermine its sovereignty.”

Last year ASIO investigated a “nest of spies, from a foreign intelligence service, that was operating in Australia.

“The spies developed targeted relationships with current and former politicians, a foreign embassy and a state police service.

“They monitored their country’s diaspora community.

“They tried to obtain classified information about Australia’s trade relationships.

“They asked a public servant to provide information on security protocols at a major airport.

“They successfully cultivated and recruited an Australian Government security clearance holder who had access to sensitive details of defence technology.”

ASIO confronted the spies “and quietly and professionally removed them from Australia”.

He said the foreign intelligence service in question was not from a country in Australia’s region.

Burgess warned that as we came out of the pandemic crisis, “some of our adversaries are seeking to undermine and exploit Australia’s recovery. We have already seen extremists trying to stoke social divisions, and foreign intelligence services wanting intelligence about Australia’s key export, technology and research industries.” Michelle Grattan is one of Australia's most respected political journalists. She has been a member of the Canberra parliamentary press gallery for more than 40 years, during which time she has covered all the most significant stories in Australian politics.