Muslims from around Sydney joined members of the wider Sydney community gathered together at the Invasion Day Rally on Tuesday 26 January 2021 at Djarrbarrgalli, the local Gadigal word for Sydney’s Domain in spite of the restrictions due to COVID-19 pandemic.

For Indigenous people and their allies, 26 January, the so called Australia Day is not a day of celebration, but one of mourning and one of healing. It has been named as ‘Invasion Day’, also known as ‘Survival Day’ or ‘Day of Mourning’ marking  the beginning of a long fight for justice and liberation for the First Nation Peoples.

It marks the arrival of the First Fleet in Australia in 1788, formally declaring the land as belonging to the British colony. Decades on, First Nations People demanded the truth of Invasion Day to be unveiled to Australians and recognising the ongoing pain and suffering experienced by the Indigenous Community at the hands of settler colonialism. The rally was also joined by indigenous people from Kashmir, Palestine and  other parts of the world, now living in Australia, showing solidarity for indigenous Australians, who know the adverse impact that settler colonialism, occupation and oppression has on surviving indigenous cultures.

Activists from the ‘Stand With Kashmir’ group, a grassroots organisation aimed at raising awareness of the the ongoing brutal oppression of Kashmiris and highlighting injustice and gross violation of their human rights.

For centuries, our Indigenous people of this country have been victims of genocide, dispossession, forced conversion, frontier violence, destruction of culture, exploitation, abuse, separation from families and subjection to unjust policies aimed at creating a further gap between Indigenous and non-Indigenous Australians.

The initial plan of the rally to march from the Domain towards the Royal Alfred Park was abandoned after a deal had been struck between the NSW Police and protest organisers in order to minimise tension and avoid arrests. However, the message remains clear – Indigenous People and their allies demand an immediate end to police brutality, state sanctioned violence, and a denial of their right to self-determination.

Amongst the many speakers was Aunty Lizzy Jarrett, a Dunghutti, Gumbaynggirr, Bundjalung activist fighting on the frontline for justice. During her address she spoke about the power of Love, the importance of learning the art of loving one’s self, loving one another, and loving the desire to see the community prosper.

Another speaker, Wiradjuri and Torres Strait Islander woman Lynda-June Coe stated that, ‘your government, your police force, your health system, every single system in this country is built on racism, and the one thing this country is still proud of is that history’ (source: https://honisoit.com/2021/01/thousands-protest-to-abolish-australia-day-violent-arrests-

It is loveless-ness that has brought about so much hurt, so much torture, and so much injustice. We have much to learn from our Indigenous brothers and sisters about the essence of courage, compassion, strength, and resilience. The alias for ‘Revolution’ is in fact ‘Love’. This is what we will carry on for generations until we see a change in the narrative, a change in the conditions, and a change in the spirit of the masses.

We as a Muslim community ought to do more to stand in solidarity with the Indigenous Community, stand by their side in the fight for justice, and work towards becoming part of a movement that will see true liberation for our Indigenous brothers and sisters.

To borrow the words of revolutionary freedom fighter Angela Davis, every day we have to act as if it were possible to radically transform the world for the better. These rallies, demonstrations and protests are a piece of the puzzle we call justice.

We have much to do in order to heal the wounds of this country, to reimagine and rebuild the system that is designed to fail the Indigenous Community. We must become true allies and stand together in support of the truth.

We need to show solidarity mourn with our First Nation brothers and sisters who are survivors of a settler colonial project rooted in hatred, divisiveness, brutality, and occupation.

Sovereignty was never ceded. This was, is, and always will be Aboriginal Land. Amara Khan is a recent Law/Social and Political Sciences graduate from the University of Technology, Sydney. She is currently undertaking her Practical Legal Training at the Aboriginal Legal Service. Her areas of interest are politics, history, and philosophy. 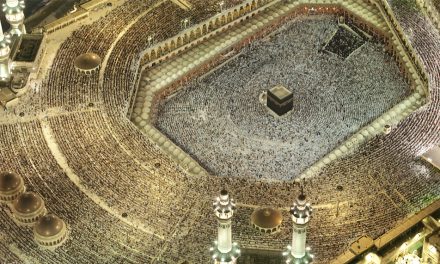