As part of its commitment to supporting English publications of the Qur’an to promote understanding of Islam and Qur’an in the West, Awkaf Australia is lending its support to one of the largest Qur’an project of current times led by Shaykh Dr Gibril Fouad Haddad, the complete translation of Tafsir Baydawi (Anwar al-Tanzil wa-Asrar al-Ta’wil – The Lights of Revelation and the Secrets of Interpretation) into english comprising of  nine volumes.

Supporting the publication of Qur’an and scholarly Islamic books has been within the core work of Awqaf (Islamic endowments) in Islamic civilisation and Awkaf Australia is following this tradition in supporting this translation project.

“Today we have so much misinformation and distortions being spread about the Qur’an which in turn is fueling Islamophobia. While there are hundreds of editionns of Tafsir in Arabic today, we only have a handful in English. We need to bridge this gap. One of the book topics that many non-Muslims buy in bookstores or borrow in libraries is the Qur’an. Hence, this area needs a lot more priority,” explained Khaled Sukkarieh, Secretary General of Awkaf Australia.

Indeed there is never an end to new books being introduced from time to time that distort the meaning of the Qur’an, history of Islamic civilisation and thought, and which demonise Muslim communities. These books easily end up on shelves in mainstream bookstores at airports, malls and communities or community/university libraries.

This does not help non-Muslims to appreciate the diversity and richness of Muslim cultures, Islam as a world religion or the Qur’an as a major religious text. There is a need to reframe this and help people appreciate all this. The starting point needs to be promoting the new scholarly publications on Qur’an such as Tafsir, Qur’anic Encyclopedias etc. This also cannot be replaced by running sophisticated campaigns of marketing a million messages on social media.

“Some may claim Tafsir Baydawi is only for scholars (Ulama) to study, but it is far from the truth. The richness of that Tafsir has already inspired conversations with the introductory English volume which was published in 2016. It will inspire far more conversations when the full Tafsir is translated. These conversations are important in promoting appreciation of the Qur’an in the English speaking world,” explained Ansari Zainul Abideen, one of the Awkaf Australia trustees.

“The Qur’an is the best study and the best practice for this life and the next,” explains Shaykh Haddad. Beyond the purpose of Dawah the, complete translation into English of Tafsir Baydawi will also help young Muslims.

The mammoth project of producing nine volumes of English translation of Tafsir Baydawi started after the successful publication of the introductory volume of Tafsir Baydawi into English by Shaykh Haddad. While the introductory volume was only one sub-part (hizb) of the first part (juz’) of the Qur’an, the 902 page edition was launched in many countries including Australia, and won the prestigious international Shaykh Hamad Award for Translation and International Understanding.

While Tafsir Baydawi may be new to many in the West including Muslims, it became and remained for seven centuries the most studied of all Tafsirs, and it is to be regarded as the most important commentary on the Qur’an in the history of Islam. For a long time in many parts of the Muslim world, such as in Ottoman Turkey or South Asia etc, one could not graduate as a scholar (Aalim) until he/she completed the study of Tafsir Baydawi. Even today Tafsir Baydawi is taught in almost every major institution of higher Islamic learning.

Shaykh Haddad, who leads this project, has worked on other Qur’an projects. He has authored dozens of books and hundreds of articles in Islamic hermeneutics, doctrine, hadith, biography and heresiology.

Shaykh Dr Gibril Fouad Haddad was born in Beirut, Lebanon into a Christian Maronite family. While working as a French literature professor at the prestigious Columbia University in New York, he embraced Islam.

He then spent nine years of study in Damascus, Syria (1997-2006) and has received Ijaza (scholarly licenses) from over 150 Shaykhs. He completed his PhD in Islamic studies in Kolej Universiti Insaniah, Kedah Darul Aman in Malaysia.

Shaykh Haddad has lectured on Qur’an, Hadith and Prophetic biography (Seerah) in many countries. He was described in the inaugural edition of The 500 Most Influential Muslims in the World as “one of the clearest voices of traditional Islam in the West.” Today he is undeniably one of the top Ulama in the English speaking world.

Publishing a work of such stature as Tafsir al-Baydawi is a huge undertaking for any publisher.

“Following the release of The Lights of Revelation in 2016, we are thrilled to have the opportunity to bring the complete Tafsir to the English-speaking world for the first time. This could not be achieved without the efforts of Shaykh Haddad and the generous support of individuals and organisations such as Awkaf Australia,” said Jamil Chishti, founder of Beacon Books.

The crowdfunding exercise by the publisher is still ongoing. If you wish to support the project you can go to the following link https://www.kifaayah.org/campaigns/tafsir-al-baydawi-translation-project or contact Jamil Chisti of Beacon Books at [email protected] 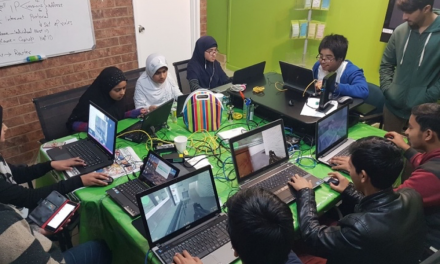 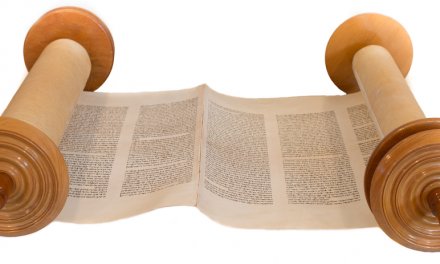