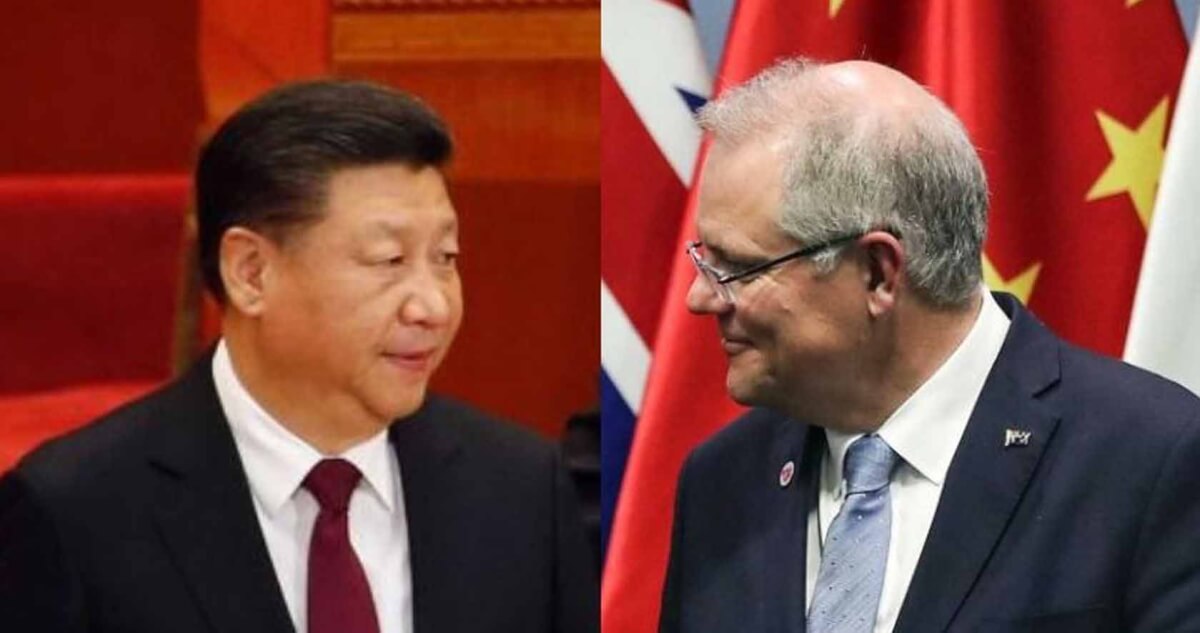 While it seems that relations with a powerful China, Australia’s largest trading partner, are super-critical for our future generations during the next decade commencing with 2021, PM Scott Morrison’s government has abandoned balance, displaying hostility in a strengthening anti-Chinese alliance.

This subtle coup places our future in the embrace of a US that is failing while the European Union finalised  an investment agreement with China on Wednesday 30 December 2020, in spite of opposition from the US.

America’s global standing rapidly declines. Roosevelt’s America led the world in establishing the international ‘rules-based order.’ The US ceased to adhere to rules.

“The US is completing the move from post-War leader to 21st-century rogue state.” (Jeffrey Sachs)

However, he is beholden to a pro-US elite and makes frequent errors on foreign policy.

Why, without benefit to Australia, as a favour to Trump, did he call for an investigation of Covid’s source? Why signal that Australia is onboard with the US confronting China?

This came after Trump’s accusation that China deliberately caused the  pandemic, which even the CIA discounted?

Is Australia joining the US warring over Taiwan? Darwin with a US military base, 6000km from China, is an easier missile target than the US west-coast.

China sees a need to reprimand Australia as a middle-power supporting American hubris.

China for millennia held it has a ‘Mandate from Heaven,’ involving political influence over neighbouring states.

We believe China has reached the extent of its intended territorial boundaries, except for Taiwan.

The US pursues military supremacy with 800 overseas bases and a defence-national security budget exceeding US$1 trillion, more than the next nine countries combined.

Contrastingly, China is the only major power not to go to war in 40 years, nor does it support proxy wars.

It has severe human rights abuses, eg the Uighurs, which is why I proposed (AMUST #152) Muslim countries boycott Chinese goods.

Established with government funding to provide independent policy ideas, it should challenge US engagements against Australia’s best interests.

Its credibility though is compromised by accepting US government and armament agency funding.

John Mendau says it acts like ‘a foreign entity,’ reflecting US influence on Australian foreign policy, just as US governments were involved in overthrowing PMs Gough Whitlam and Kevin Rudd (Pilger).

Mendau notes, “our defence policy is increasingly contracted out to the US,” and US influence is part of a seizure of Australian foreign policy by Australia’s intelligence, security and military establishment, heavily dependent on US Departments of Defense, State and CIA for advice.

Former Ambassador to China, Geoff Raby, objects why it is legitimate for US arms manufacturers to fund ASPI, but not for Australian companies to support China Matters, which promotes informed discussion of China.

Australia’s ruling elite intends we discard our freedom so we kowtow to US demands. Rather, we support Pembroke: “Australia – like other prudent countries in Asia – should keep its distance from Washington and demonstrate independence.”

We pray that one day China, the US and Australia may demonstrate mutual friendship in a truly peaceful Pacific sphere that will benefit us all.