This article has been updated on Tuesday 5 January 2021.

Calls have been made to include Hindutva fascist organisations into inquiry relating to extremist movements and radicalism in Australia and their links to international extremist organisations, that the Parliamentary Joint Committee on Intelligence and Security has been asked to report on 30 April 2021.

The Humanism Project, an Indian diaspora organisation advocating for pluralism and diversity  supported by a large number of Muslim organisations including AFIC, ANIC and IFAM as well as many South Asian groups have raised concern about the normalisation of India based fascist organisations like RSS and the threat they pose to the multicultural ethos and the internal security of Australia.

In a letter sent to the Australian Prime Minister, Scott Morrison on Monday 4 January 2021, Dr Haroom Kasim from The Humanism Project (THP) drew the attention to the waving of the flag of Indian fascist organisation, the Rashtriya Swayamsevak Sangh (RSS), at the one day international cricket match between Australia and India at the Sydney Cricket Ground on Friday 27 November 2020. The letter also raised concern over the the visit  of the Australian High Commissioner to India, Mr Barry O’Farrell, to the headquarters of RSS in Nagpur meeting RSS Chief Mohan Bhagwat  on Sunday 15 November, and his subsequent laudatory tweet about RSS, which has already instilled a sense of dread among the persecuted minorities of India as well as the Australian citizens of Indian minority origin. 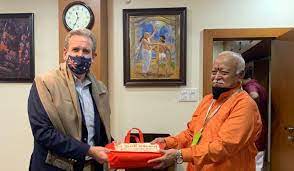 “Mr O’Farrell’s open praise for RSS is already being used by right-wing media outlets in India and Hindu right-wing groups in Australia as a propaganda tool to promote the paramilitary and its affiliate groups in Australia and indulge in acts of jingoistic chest thumping at public events involving Indians, of which this latest incident of RSS flag waving at the SCG is yet another example,” the letter said.

The Humanism Project (THP), in their letter echoed the concerns and sentiments of Indian diaspora in Australia at Mr O’Farrel’s visit and his subsequent tweet. In the letter, THP had highlighted the history of RSS as an organisation inspired by Hitler and the European fascist movements, whose members and affiliate outfits have often been charged with participating in communal riots and running campaigns against the religious minorities of India. The Jerusalem Post, one of many international media outlets to cover the scandal, reported, “The RSS shares the fascist ideology of the Nazi Party and supports extreme Hindu nationalism.”

Indian journalist Siddharth Bhatia, one of many within India to criticise the visit, wrote that the RSS “has never made any secret of its love for Adolf Hitler,” adding, “Given how carefully Germany in the post-War years has worked to eliminate Nazism and all its manifestations, he also would have known what signals his visit would send. Yet, he went anyway.”

“In the light of the above, we remain deeply concerned about the normalisation of Indian fascist organisations within Australia and the threat they pose to our multicultural ethos and the internal security of Australia,” the THP letter concluded.

Dr Haroon Kasim, THP letter to PM with support from many community organisations: 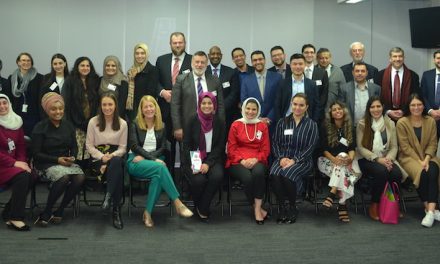 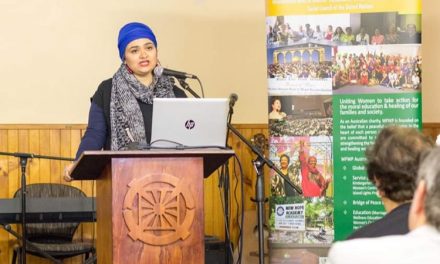