The 2020 Afghanistan Inquiry Report by the Inspector General of the ADF (“the Brereton report”) serves as a wake up call for all Australians. For Australian Muslims, the inquiry’s findings call for wider reflection regarding the murder and torture of their brothers in faith (in their name). Specifically, they question whether a link exists between the timing of these atrocities, and a tide of heightened Islamophobia and anti-refugee rhetoric back home.

The Brereton Inquiry should be viewed in the context of the ADF’s longstanding problem with bastardy, misogyny, racism and inclusion. A 2016 ADF academic survey of ADF personnel found “there is a very high level of agreement with the proposition that the Muslim religion promotes violence and terrorism”.

The same article foreshadowed the consequences of the ADF failing to address Islamophobia saying: “…hostility to Muslims in general could hamper the effectiveness of the ADF on deployment in the Greater Middle East in a number of ways. Most obviously, it could lead to ill-treatment of civilians.”

ADF personnel, including SAS members, are just as vulnerable to extremism pathways as anyone else. Since at least 2012, ADF and SAS personnel were known to participate in online and offline communities such as the Australian Defence League, Reclaim Australia and the Q Society.

This year, an Instagram account run by both current and former Australian SAS members was mocking the Brereton inquiry into war crimes allegations and insisting on the right to “Make Diggers Violent Again”.

Did the torture and killing of Muslims abroad start with the demonisation of Muslims back home?

The links between media coverage, a “fear of Muslims”, “crime” and “people smugglers” are broadly established through numerous academic papers.

Back in 2013 when some of the alleged SAS atrocities were taking place, Australia was phasing out the mandatory detention of refugee children in detention centres; there were calls for greater surveillance of Muslim communities and the immigration department had moved away from a focus on multiculturalism.

Engagement with Muslim communities by the media and the Federal Government was filtered through a lens of national security. SAS and Commando units traveling between home and Afghanistan were confronted with rhetoric of Afghan refugees and Muslims being elevated to a national security concern. Muslim leaders who rightly protested this rhetoric were squarely attacked for denying reality.

The Brereton inquiry itself has little to say about all this because it is apolitical. It does not address whether more could have been done to better assist returning soldiers, nor does it explore the countervailing political, cultural and social trends in Australia at that time, or whether political rhetoric could impact on a soldier’s understanding of what Australia expects from them.

Significantly, it fails to mention the words Islam, Islamophobia, racism, Muslims, or Refugees. Meanwhile headcam footage from frontline soldiers clearly shows civilians were being denigrated shortly before they were killed.

Whereas the Brereton report found credible reports of murder and torture in relation to the 57 allegations it investigated, it represents the pointy end of an iceberg of bad behaviour.

Denialism was evident both in how the ADF responded to early complaints of human rights atrocities in Afghanistan, but also in the words of the Chief of Defence General Angus Campbell when he said “We embarked on this inquiry with the hope that we would be able to report that the rumours of war crimes were without substance.”

Numerous sources, including an independent human rights commission in Afghanistan alerted the Australian government to these atrocities perhaps as early as 2008 and definitely by 2012. Now that the Brereton Inquiry has declared such atrocities are not just a rumour, we can finally move on to understanding and addressing its causes.

Redressing the wrongs perpetrated upon the victims is a start. But these atrocities did not occur in a vacuum, devoid of systemic problems affecting Australia.

In the absence of a full sociological inquiry, the Australian government must stop politicising refugee, migration, youth and health issues and turning them into questions of values, race  and security.

It must engage constructively with CALD community representatives and partner with Muslim leaders in policy development frameworks. Bureaucracies and the ADF must reflect the cultural diversity of the real Australia.

Lastly, greater effort should be given to teach the public about Islam and showcase the success stories of Muslims. Elias Attia is a solicitor who has worked as a research assistant and community development consultant addressing social issues in Sydney as well as in rural Australia. 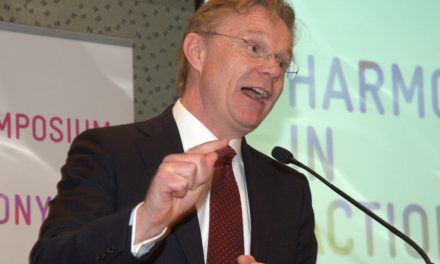