The increasing numbers of Iraqis killed by Iran affiliated militia generate widespread outrage voices among Iraqis and the international community and create more questions than answers.

The last killing, of Reham Yacoub (19 August 2020) who was an Iraqi human rights advocate and doctor by profession predominantly campaigned against human rights violations in Iraq and also served as a prominent figure protesting against the Government of Iraq during the Iraq protests since 2018.

She also raised her voice and concern regarding youth employment, infrastructure, and access to electricity. She was reportedly receiving death threats since 2018 for organising women’s marches and also for participating in the training courses supervised by the United States Consulate in Basra.

The killing of Rehem after two weeks of assassinating top  of security analyst Hisham al-Hashemi, who was killed in Iraq on Monday 6 July 2020.  Al-Hashemi was a well-known Iraqi researcher and authoritative voice on Sunni extremist groups including ISIS and frequently consulted media and foreign governments on domestic Iraqi politics and his position known for his positions against Iran role  in Iraq formed by armed Shia groups.

The UN and Western embassies have blamed “militias,” urging Baghdad to fully protect free speech.  The killing of female activist Reham Yacoub provokes a significant question as to why freedom is being killed every single day by pro-Iranian Militias that include (Khataib Hezbollah, the Badr Organization, Nujaba and others ). Prominent activist Reham Yacoub had been planning to leave Iraq when she was murdered. After 2003, Iran initially focused its resources on its traditional allies in the Islamic Supreme Council of Iraq (ISCI)’s Badr Corps, but it soon expanded its aid to include the Sadrists’ Mahdi Army, associated special groups, and even some Sunni insurgent groups.

As these groups joined the political process, Iran splintered off radical elements to form new covert special groups, a technique first used when it formed the radical Lebanese Hizballah organization in the early 1980s.

But Iran’s support for the Mahdi Army has proved particularly problematic, since the militia’s radical agenda and its competition for power within the Shiite community soon brought it into conflict with both ISCI and the Iraqi government, thereby undermining Iranian efforts to unify the Shiite community. In this illustrative photo, members of the Iran-backed Asaib Ahl al-Haq paramilitary group take part in a Quds Day march in Baghdad, Iraq.

The assassination of a top Iraqi security analyst Hisham al-Hashemi has sent shockwaves throughout the country, stirring fears among independent and critical voices including journalists and activists of even “darker” days ahead.

The killing was intended to “to send a message to the Prime Minister Mustafa al-Kadhim that there are red lines and no one is above the Militias groups as al-Kadhim accused from these groups as an advocate to the USA”. 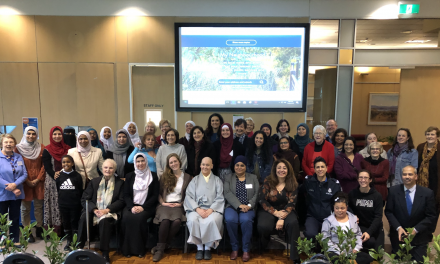