On Wednesday 30 September 2020, the special CBI court acquitted all the 32 accused belonging to the ruling BJP Hindu nationalist party, some of whom had publicly admitted and boasted of their involvement in the 1992 demolition of 16th century mosque in Ayodhya in India.

In November 2019 the Supreme court, although called the demolition of the mosque illegal, paved the way for the construction of a temple on the same land whose foundation stone was laid by PM Modi on 5 August 2020. Muslim and opposition groups have claimed both verdicts as a result of compromised judiciary in India under the Modi government.

After the demolition of the mosque on 6 December 1992 by extremists of Sangh Parivar, a coalition of Hindu Supremacist organisations  led by a number of BJP leaders, on 16 December 1992, the Union home ministry set up the Liberhan Commission to investigate the destruction of the Mosque, headed by retired High Court Judge M. S. Liberhan.

After hundreds of sittings over 16 years, the Commission submitted over a 1000 page report to the then Indian Prime Minister Manmohan Singh on 30 June 2009 concluding that the events of 6 December 1992, in Ayodhya were “neither spontaneous nor unplanned”. 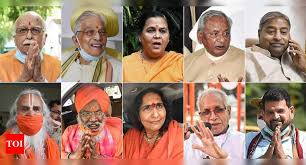 Some of the accused leaders responsible for Babri Mosque demolition.

But on the court verdict delivered on 30th September 2020, all 32 accused including L.K Advani, Murli Manohar Joshi, Uma Bharti, Vinay Katiyar and several others in the case were acquitted on account of inconclusive evidence where the special court judge stating “The demolition was not pre-planned.”

The witness testimonies, video cassettes, voice recordings, and photographs presented by the CBI were not considered as sufficient evidence to prove that the accused “gathered in a room to plan the scheme”.

Indian Muslims have accused the ruling BJP government of increasingly compromising the traditionally independent judiciary since Modi came to power in line with the idealogical agenda of converting India from a secular democracy towards a Hindu Rashtra or state.

This has been evident in a number moves by the government in passing anti-Muslim legislation, clampdown in Muslim Majority Kashmir, police and mob violence against protestors and sedition charges for opposition and Muslim individuals airing their opinions against government policies.

All India Muslim Personal Law Board and other prominent   Muslim groups have sharply reacted to the judgment of the  special CBI court, Lucknow saying it is another big jolt to the Indian judicial system after the 9 November, 2019, Babri Masjid title suit verdict.

Jamaat-e-Islami Hind (JIH) also expressed disappointment at the verdict given by the designated CBI special court in the Babri Masjid demolition.

The JIH President, Syed Sadatullah Hussaini said even after 28 years, the justice that people were seeking has not been delivered.

He said the designated court has acquitted all the accused citing lack of evidence notwithstanding the fact that just 10 months back the Supreme Court of India had called the demolition a criminal act and a violation of the law.

“How the court arrived at the conclusion that there was no conspiracy to demolish the masjid and that the act was spontaneous and not pre-planned is difficult to understand.”

“The entire Ramjanmbhoomi movement and the Rath-yatra initiated by L K Advani one of the main accused in the case was nothing but a mission to construct a temple at the exact same site where the masjid stood. If the self-proclaimed mission repeated by the accused several times to replace the existing mosque with a temple, hundreds of times and recorded in full public view is not evidence of a conspiracy of the criminal act perpetrated by thousands of frenzied kar-sevaks on 6 December 1992, then what is?”  Hussaini asked.

In its reaction, the Social Democratic party of India (SDPI) said the verdict was not unexpected in the present Indian political scenario which is highly frustrating and will shatter the hope of the common people in the Indian judiciary.  MK Faizy, National President of SDPI said the Court observation that the demolition was not a planned activity and the accused were not involved in the crime is nothing less than mockery of justice. The nation has once again been betrayed. Justice in India has become a reverie, he said.

He pointed out that the Sangh Parivar through meticulous planning has gradually erased democracy and developed a strong network of pro-Sanghi bureaucracy and judiciary to support all their “illegal and anti-democratic acts and activities”. 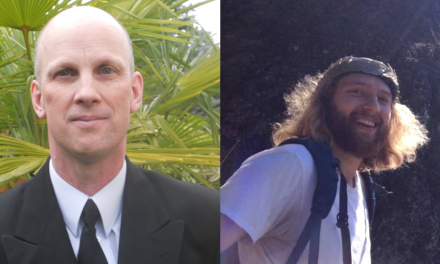