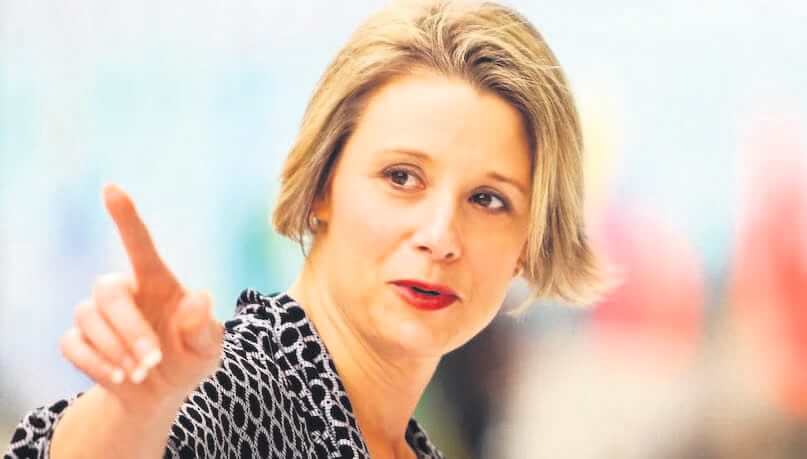 In his first annual threat assessment in February, ASIO Director General Mike Burgess caught the public’s attention when he named right-wing extremism as a terrorist threat.

Australia’s 2015 Counter-terrorism strategy – the last one that was released – takes a broad approach to the violent extremism problem. But, reflecting the threat environment of the time, the Strategy focuses almost entirely on the violent jihadist threat.

Unfortunately, as a country, we have a long way to go on right-wing extremism.

We must ask how ideas in Australian mainstream society encouraged him. Many of the ideas espoused in the right-wing extremist space have historical roots or have broader mainstream resonance and support.

Take the generally positive notions patriotism, pro-family, or ethnic pride. There’s nothing wrong with being patriotic or pro-family or proud of your ethnic background, of course – I consider myself all three.

But these generally positive characteristics are increasingly being used by extremists and other actors to subvert people to darker, racist, anti-immigrant, nationalistic and fascist views.

There is easy slippage between mainstream ideas and right-wing extremist views. The fringe becomes normalised and generally positive notions about country and family become divisive constructs.

It’s not just extreme ideas that get normalised, and weaponised, by borrowing from the mainstream.

The preferred – albeit legal – social media outlets of the right-wing fringe gain legitimacy when Australian parliamentarians join and promote them, as has happened in recent months.

Clearly, leadership on keeping Australians safe from the threat of right-wing extremism must begin with the Federal Government. National security is, after all, a federal responsibility.

Tonight, I will briefly outline five steps we can and should take now.

These five are not an exhaustive list, but rather a first step to build a country that is resistant and resilient in the face of the rising threat of right-wing extremism.

You will note that I do not include legislation or security focused solutions in that list.

This is not because I do not value those responses.

New laws, new ways of bringing together law enforcement and security agencies – such as the joint Counter terrorism task forces – have served us well, and I expect them to continue to do so. But these are not the only way – or even the most effective way – to tackle the right-wing extremist threat.

All of our Five Eyes partners – Canada, the United Kingdom, the US and New Zealand – have proscribed right-wing extremist groups as terrorist organisations.

Australia has not listed any. We are the odd one out.

In fact, just last week New Zealand proscribed Brenton Tarrant – the individual – as a “terrorist entity”, the first time for such a proscription.

I am well aware that the debate around proscribing right-wing extremist groups is contentious because of the amorphous and fractured nature of the group scene here in Australia.

But we need to remember why proscription was originally created – to recognise and send a message about what we, as a community, reject.

When Australia’s proscription laws were introduced in 2002, the Federal Government looked directly to the rationale for proscription offered by the United Kingdom, quote: “a clear symbol of public revulsion and reassurance that severe measures are being taken”.

In plain English, in other words… we won’t tolerate this.

This symbolic value of executive proscription should not be overlooked.

But there are international groups that have been proscribed by our Five Eyes counterparts that have linkages to Australia and could be proscribed here.

Such proscription would be symbolic, but it would be more than just symbolic.

Some experts suggest that, in our increasingly networked world, any practical distinction between domestic and international terrorism has almost gone completely.

Movements do not exist in isolation, but rather link and take inspiration from each other and from individuals within movements.

For example, look at the string of attacks started by Anders Brevik in 2011.

Each successive attack cited and built upon the previous as an inspiration, tragically including the Christchurch attacks by one of our own.

A group does not have to have a fully formed up chapter here in Australia to pose a threat to Australian interests, or the Australian people.

Concerningly, COVID may be accelerating the problem, with more people at home, without work, in front of screens, and ripe for propaganda, recruitment and radicalisation.

Australia needs to just as serious about preventing the creation of terrorists as it is about dealing with individuals once they are radicalised.

Since 2013-14, the Department of Home Affairs has allocated over $53 million to CVE programs. This funding covers a wide range of activities, and it’s unclear how much of any present funding allocation – if any – is allocated to those at risk of right-wing extremism.

Some of our Federal leaders speak about “all forms of extremism” as if various ideologies can be lumped into one category and addressed with the same solutions.

CVE programs, both on the governmental and non-governmental level, must now be designed to address specific forms of violent extremism, and tailored accordingly.

Next, let’s look at Protection online. Labor supports the Christchurch Call initiatives. I am aware of some of the issues that platform providers have encountered in interpreting and applying the legislation, but we should see these issues as an opportunity to improve the legislation, not abandon it.

We should also be exploring definitions of online hate, and we need to work with social media platforms to delete accounts and remove content that promotes extreme right-wing ideology and violence.

I was alarmed earlier in the year when I heard the Home Affairs Minister tell ABC Insiders that right-wing extremists were on the dark web and were hard to track down.

Right-wing extremists are hiding in plain sight, on Facebook and other common use social media platforms.

They use certain words and phrases that have everyday meanings but also convey coded content to those ‘in the know.’

In pockets of far right and anarchist groups, there’s a word often bandied about… it’s “boogaloo.”

In January, NPR first reported that fringe movements including right-wing militias and “patriot groups” had begun using the word “boogaloo” on social media as a thinly veiled code for a race-based or civil war.

Both Twitter and Facebook have removed accounts and content relating to right-wing extremists in recent months, but no doubt there is more than can be done to identify when people are searching for certain words or phrases to disrupt and deter them.

Next let me talk briefly about Pronunciation. We also need our national leadership to be consistent in pronouncing – that is naming – and condemning right-wing extremist views.

Leaders’ words have power, and when our national security agencies identify a threat to the security of the Australian people, our national leaders have a responsibility to publicly pronounce and condemn this behaviour when it occurs.

Some of us will remember the debates about whether to identify terrorist activity motivated by Islamic extremism as Islamic.

It was an understandable debate – after all, it was not in our national interest to vilify a religion that hundreds of thousands of our citizens practiced peacefully.

I’m a trained theologian and a Catholic.

I confess I never had a problem with the term Islamic extremism, because I understood it for what it was – an extreme, and perverted, form of Islamic theology. I did not see all Islamic people as responsible for the actions of Islamic extremists, any more than I saw all Catholics responsible for the actions of paedophile priests and the bishops who protected them.

And if you are really interested, I wrote an article on the Catholic extremism – specifically, a perverted form of ecclesiology, or theology of the church – that motivated the bishops to hide paedophile priests. It’s on the Guardian website if you are really keen.

If we can’t name a problem, we can’t explain and understand it, and we certainly can’t begin to address it.

Yet all too often we see labels applied to right-wing extremists that minimise the motivations and ideology behind their actions – something that rarely occurs when Islamist terrorism is even suspected.

Attackers like Brenton Tarrant are not merely “gunmen” or “murderers” – as some of the local press, both the ABC and NewsCorp, described him last week.

Tarrant and people like him are terrorists and proponents of a vile ideology – right-wing extremism – and must be named out loud.

Malcolm Turnbull is fond of saying Australia is the most successful multicultural nation on earth. He is right. This isn’t an accident.

For the past four decades we have committed ourselves to creating a multicultural society where people are valued for who they are rather than where they come from.

But we have also worked hard to acknowledge that Australia is a more interesting and successful place because we have taken in and taken on board the customs, food, traditions and culture of every land on earth.

Every generation must positively reinforce the values of our multicultural community, or we risk losing it.

This means we must always be on guard, and not allow racism, hate speech, discrimination and other non-criminal hateful behaviours take hold in our community.

Racism is often a gateway to other extremist narratives. It can be the stepping stone to the path of radicalisation.

Community values – such as the benefits of a multicultural Australia – can be easily lost if they are not positively reinforced and reintroduced to every generation.

Right-wing extremism is here, but it doesn’t need to be here to stay.

The five steps I’ve outlined tonight are – proscription, prevention, protection online, pronunciation and positive reinforcement – are the first steps our national leaders can and should take.

They can send a loud and clear message about who Australia is as a community, what we value, and what we reject.

There are many other steps, including new laws, no doubt, and more law enforcement action. That will be welcome – but we cannot legislate and arrest our way out of this problem.

These five steps are only the beginning. Some of the harder yards come when we understand why some people – especially some young men — are attracted to right-wing propaganda.

There is a whole other area to explore in terms of education, skills, employment and opportunity. But we must make a start.

At a national level, we must begin the effort, the war, if you will, on right-wing extremist hate, and the violence it begets. Our national security demands it, and the safety of all Australians requires it. 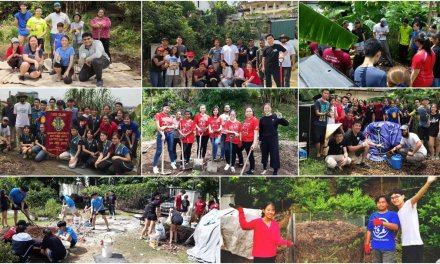