The Trump brokered ‘Peace’ between UAE and Bahrain have been named “The Abraham Accords” taking credit of bringing interfaith harmony between the followers of the three Abrahamic faiths.

While there have been world wide efforts towards interfaith dialogue between Jews, Christians and Muslims leading towards understanding, toleration and harmony, this current theatrics in the Middle East has nothing to do with interfaith relations.

Israel while it projects itself as the only democracy in the Middle East not only has maintained covert close relationships with the Middle Eastern autocrats, but ensures that they are kept in power while repressing their own populations.

Israeli interests are served well in dealing with dictators and Sheikhs while it feels threatened with people power resulting in the real prolification of democracies in the Arab world.

As has been pointed out by Maher Maghrabi (SMH 16 September 202), “Since the Arab Spring of 2011, the monarchies of the Persian Gulf – and in particular those of Saudi Arabia, the United Arab Emirates and Bahrain – have moved aggressively to reassert such despotism. Bahrain tried to suck the footballer Hakeem al-Araibi back into its prison system on subversion charges, only to be defied by a brave Aussie campaign to set him free. The UAE and Saudi Arabia financed counter-revolutions in Egypt, Libya and Yemen. They are perfectly comfortable oppressing their own citizens and killing their fellow Arabs in order to maintain their grip on power.”

The theatrics of this Abrahamic Accord has nothing to do with peace and much to do with the self interest of Trump facing the Presidential elections, Netanyahu facing corruption charges clinging on to power, Al Khalifa of Bahrain keeps ruling by fear and Zayed Al Nahyan of  UAE trying to perpetuate his hold on the riches of Gulf emirates.

Now it is Saudi Arabia led by its all powerful MBS who is preparing to join this Abrahamic Peace while the Palestinians continue to suffer under Israeli might. 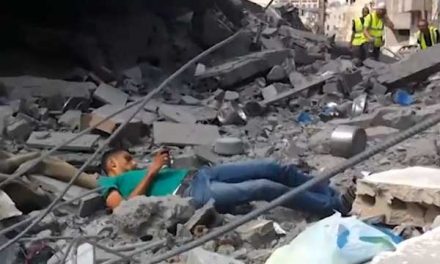 The Christchurch mass shooting: An act of terrorism in modern New Zealand