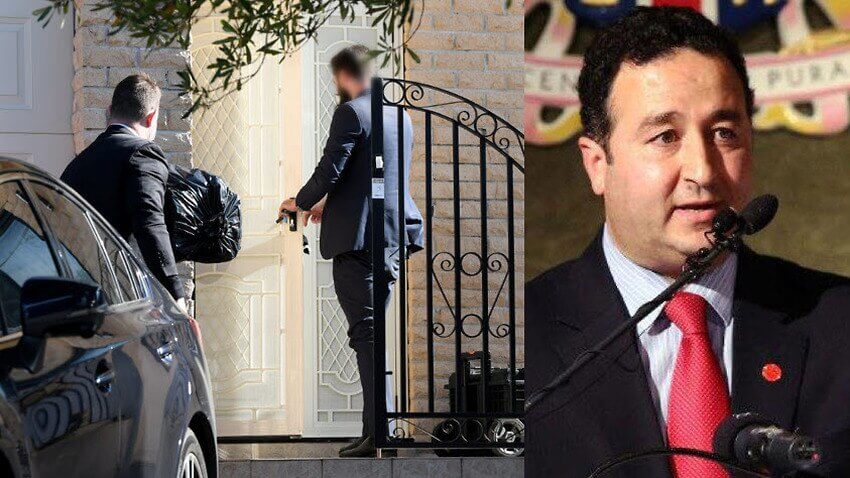 In disdain for human rights and to display power, governments deploy police forces to harass or arrest citizens, and then justify their actions with claims about the influence of foreign forces. And it’s happening right now in Australia with the Morrison government’s victimisation of NSW State Labor MP Shaoquett Moselmane.

That sounds like life in Belarus, Russia, China, Iran, Bashar al-Assad’s Syria or the thuggery that passes for government in Zimbabwe. But these references to abusive governance now concerns Australia itself.

In this significant civil liberties issue, the persecution of Moselmane is the tip of a sinister iceberg. Below the surface are layers of secrecy which involve the media, the cowardice of politicians and sensationalism sustained by anti-Chinese sentiment.

By influencing publicity about the Moselmane case, government has set the media agenda, not least in regard to leaks about police raids on the MP’s home. Who informed the media about those raids? How has a SMH journalist, Nick Mckenzie, been enabled to develop his taste for sensation, as in referring to the raids as ‘one of the most significant inquiries in recent ASIO history.’

Events of 25 June and 26 June merit investigation. At 10 pm on 25 June a magistrate signed warrants for operation in NSW. The AFP executed these as part of an investigation into possible offences under sections of the Commonwealth Criminal Code, the so-called foreign interference legislation. They arrived at the MP’s home at 6:30 am on 26 June.

As though employed on a film set, journalists plus satellite dishes and related equipment were already in place, ready to film the arrival of police.

To set the stage, there must have been close cooperation between the government, police and media. How could it be otherwise?

It is possible that Mckenzie and Co learned of the planned raids between 10 pm on the 25 June and 6:30 am on the 26 June? If journalists had time to drive or fly from Melbourne to be in Sydney early on the morning of 26 June, they must have been informed before the magistrate issued a warrant?

Were only forty-eight hours needed to organise a program for which this journalist had boasted that for months he had been observing Moselmane’s pro-China activities. Verdict certain. Case closed.

Apart from the government/media cooperation, political coincidences suggest that this matter has as much to do with domestic politics as with foreign interference.

The raid occurred eight days before the crucial Eden Monaro bye election and there’s a looming pre selection contest in the NSW Upper House when the contestants are Adam Searle, Walt Secord and Shaoquett Moselmane. Only two can be elected.

As Leader of the Opposition in the NSW Upper House, Searle is a potential favourite for a spot on the ALP’s Upper House ticket for the 2023 State election. If Moselmane is removed, Mr Secord has a free run.

As an Australian of Arab descent, who supports the human rights of the Palestinian people, Moselmane’s principles contrast the attitude of Walt Secord who is the Deputy Chair of the NSW Parliamentary Friends of Israel and has welcomed the demise of Mr Moselmane.

In bullying which appears to be a taken for granted political technique, Secord has been supported by the former chief executive of the Jewish Board of Deputies, Mr Vic Ahladeff.

Cues for bullying had come from radio 2GB’s Ray Hadley who, in characteristic abuse, had referred to Moselmane as ‘a train wreck’, ‘a Chinese PR spokesperson’, ‘this low life’, ‘unworthy traitor.’ Verdict certain. Case closed.

In an interview with NSW Labor leader Jodi McKay, Hadley asserted that the people of NSW ‘want that bloke sacked.’ McKay responded, ‘Ray his actions have been appalling.’ Verdict certain. Case closed.

On 7 April, Moselmane resigned as Assistant President of the NSW Upper House and was suspended from the Labor Party.

In human costs and in financial terms, the scapegoating of Moselmane is costing a fortune.

Shaoquett’s civil liberties have been trashed. His wife is under tremendous strain. His elderly parents are traumatised. The safety of his young son has been threatened by anonymous individuals who have apparently decided that his father supports Chinese not Australian interests.

Who cares as long as the powerful get their way?

‘Much Ado About Nothing’

The handling of this matter also has fumbling, bumbling features.

The police told Shaoquett that he was not suspected of any wrongdoing. But as many as 40 came with sniffer dogs, stayed in his home for 18 hours, took hair and dust samples from cars, confiscated a computer and phones, sought records going back ten years including copies of his inaugural speech to parliament.

Black boxes were carried in and out of the house. Media onlookers could be forgiven for speculating that the boxes contained secret, incriminating documents. To sustain the police, one box contained McDonald’s cheeseburgers, the other Subway sandwiches.

This controversy is deadly serious yet looks like a re-run of a Shakespearean comedy. As theatre of the absurd, players in ‘Much Ado About Nothing’ noted the significance of rumour, gossip and excitement about manufactured sensation. Perhaps the bard had been briefing Australian politicians and media.

A welcome touch of satire should not divert attention from the need for a socially just outcome.

This worthy parliamentarian deserves an apology from government and police, the payment of reparations and a dignified return to parliament as a duly elected member of the Labor Party.

This is a slightly edited version of the original article that was published online at Pearls and Irritations, Public Policy Journal:

Police state governance and the civil liberties of an MP 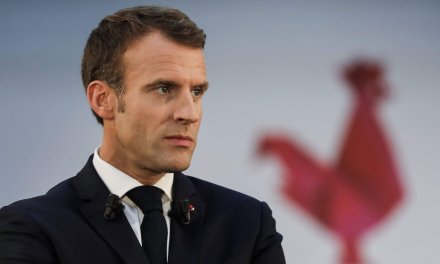 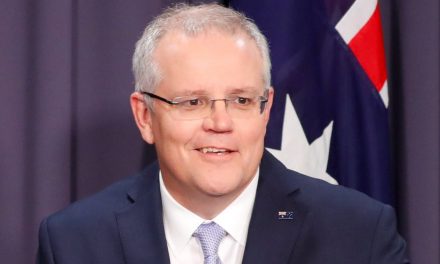