The Muslim Film Festival “MFF2020” awaits its fans across Australia and the world for 2 weeks of independent films from Saturday 5 September to Saturday 19 September 2020.

The criteria of accepting films are quite relaxed and inclusive, with the prime focus on showcasing culturally diverse Muslim societies across the globe.

The Australian International Muslim Film Festival was founded in late 2018 to support and promote Muslim independent films from all around the world.

The organisers at Badayel House and Muslim Heritage Australia recognise how difficult it is to make a film in the current environment and find a platform where Muslim filmmakers, in particular, can reach the right audience. The event is sponsored by several organisations:  The Office of Multicultural Interest, Australian Federation of Islamic Council, Human Appeal Australia, Islamic Council of Western Australia, City of Canning, and AMUST newspaper.

The organisers aim to promote and provide exposure for these films and organise entertaining and culturally diverse sessions to showcase these talented filmmakers’ artwork. Dr Joanne McKeown, the festival director, says, “the festival is not strictly a religious festival or a conservative event. We accept almost any film made by Muslims, or telling stories about Muslims anywhere in the world – made by anyone Muslim or non-Muslim.

She further adds, “we have ethical guidelines, of course, based on Islamic teachings and we will not let anyone cross them, but once again this is not really a preaching or daawah event.”

Karina Sorelli, who joined the production team of the festival as an Executive Producer recently, added that she believes “it is important to have women’s voices heard in our film and television industry as we are still under-represented.”

She further added,”also as a Muslim woman, I believe we have a lot of history and culture to share with the world and hopefully end any stigma that may have surrounded our culture since 9/11.”

“I was impressed by the number of talented people that came forward to share their moving picture stories, all from diverse backgrounds. Our diverse culture was so well-represented, it made me realise how diverse the Muslim culture is and I am incredibly proud to be a part of this film festival and I hope it goes from strength to strength right across Australia and hopefully internationally one day.”

The festival website and social media pages show that a total of 73 films have been submitted this year, including shorts, dramas and documentaries from around 24 countries.

Muslim Film Festival judges have selected 55 brilliant films this year which are going to be offered for Video On Demand via Vimeo platform for 2 weeks from Saturday 5 September to Saturday 19 September 2020.

Anyone can to watch these films from anywhere around the globe. 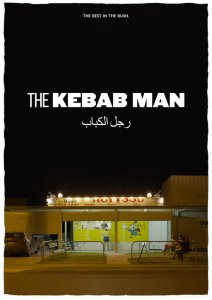 The festival is showing some films for the first time globally like the South African feature film “Barakat” (138 minutes) which is directed by Amy Jephta, written by Amy Jephta and Ephraim Gordon. The film tells the story of Aisha Davids, who decides to accept a marriage proposal, as she devises a plan to break the news to her four sons over Eid family reunion.

The only problem is that the two eldest sons have been at loggerheads since their father passed away and refuse to be in the same room at the same time. Her big revelation is spoiled when the boys hear via the grapevine about their mother’s pending nuptials and come together to voice their disapproval of the match. Now it’s up to Aisha, her fiancé and her daughters in law to bring the sons around to her way of thinking using the one thing they can all agree on – the barakat. MFF2020 aims to promote inclusion, tolerance, and friendship and introduce Muslim society’s culture and stories to a wider audience. The program will reflect the diversity and opportunities within Muslim communities.

The official selection has been released on the festival website, all the finalists are competing for the first time at MFF.

SPECIAL MENTION BY THE JUDGES:

Women Who Run With Wolves

Progress in the valley of the people who don’t know

Gaza, one football, one leg

The Price of Folly

WATCH FROM ANYWHERE IN THE WORLD!!! Tickets on sale on: Tarek Chamkhi is a journalist, academic and a filmmaker at Badayel House, he's based in Perth, WA.