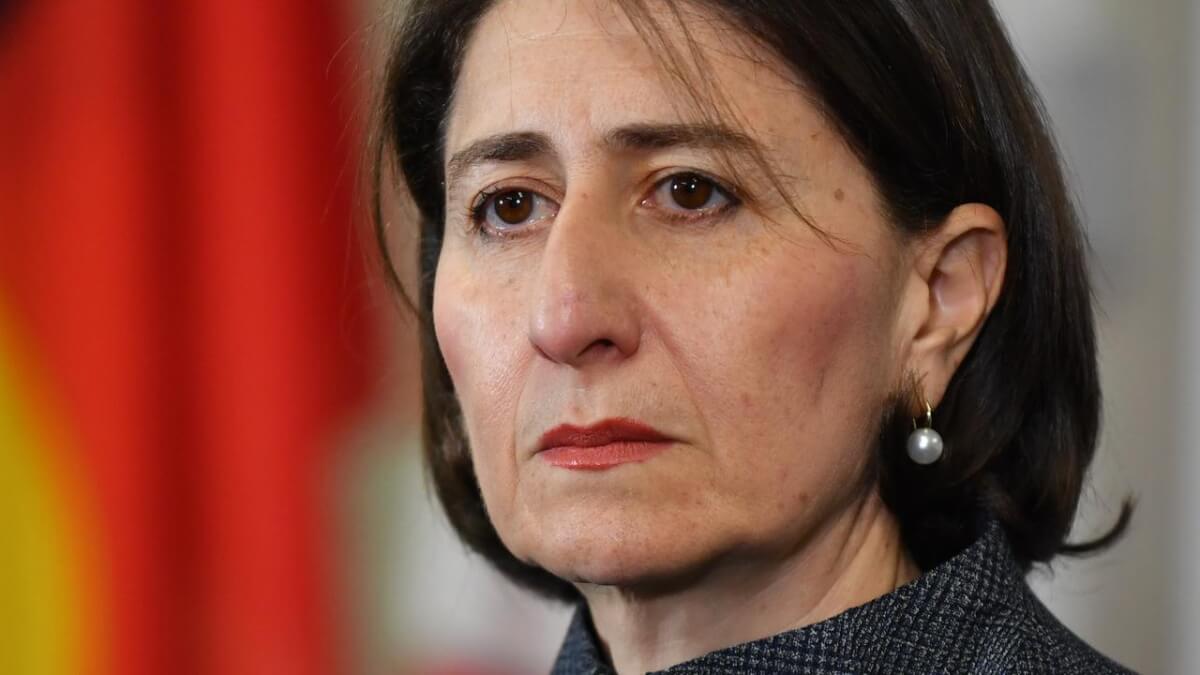 by Jane Jeffes with Becky Honey

It has been three working weeks since a letter with 117 signatories (including AMUST, the Grand Mufti and Muslim Women Australia) was delivered to NSW Premier Gladys Berejiklian, urging her to enact the NSW Modern Slavery Act (NSW MSA). The co-ordinators, anti-slavery group Be Slavery Free and anti-slavery project War on Slavery, have received statements of support from the Christian Democrats, Greens, One Nation and are awaiting statements from Labor, and the Shooters, Fishers and Farmers Party. Nothing has been received from the LNP.

The Act was passed unanimously by both houses in June 2018 and is recognised as world-leading legislation, but the government has delayed putting it into force, sending it back to an Inquiry last year, questioning whether it was necessary in light of the Commonwealth Modern Slavery Act which came into force on 1 January 2019.

The Standing Committee on Social Issues which conducted the NSW Inquiry recommended the NSW MSA be put into force on or before 1 January 2021 and confirmed the widely held view that the legislation is world-leading and goes well beyond the Commonwealth Act.

The government however appears to be dragging its feet. It has not yet responded to the Inquiry’s recommendations, prompting fears that the Act may never be enacted and NSW will abandon its lead position in the fight to end modern day slavery.

“I believe the Premier’s and Government’s clear intention is to make sure that the NSW Modern Slavery Act 2018 never makes it onto the statute books of this state. Actions of course speak louder than words and so, if the Premier and the Government revise their current position and get the NSW Modern Slavery Act 2018 proclaimed and thus fully enacted, I will be more than happy to have been proven wrong.”

He also went on to say:

“If one fast forwards to 25th September, that leaves only 12 sitting days left before the Parliament rises for the Christmas recess. The window thus created by the Government to get any necessary amendments to the unproclaimed NSW Modern Slavery Act 2018 drafted (with all the necessary checks and double-checks) and then adding in all the intermediate stages leading to the formal debates and passage through both the Legislative Assembly and Legislative Council, is very small i.e. 25 September – 19 November.”

Supporters of the Act argue that as the largest procurer in the Southern Hemisphere, the NSW government has a moral responsibility to lead the way, and to ensure that companies operating in NSW are not just transparent about their supply chains but are held accountable.

Under the legislation, companies must take responsible action to ensure there is no slavery in their supply chains and if they find it, they must demonstrate that they are actively working towards eradicating it.

WA and Tasmania are currently going through the process of bringing in their own Modern Slavery Acts to strengthen the Commonwealth Act, with WA legislation excluding companies not investigating their supply chains from state government procurement.

The comprehensive nature of the NSW Modern Slavery Act remains world-leading but meaningless if not enacted.

The letter to the NSW Premier and the media interest around it has prompted more than 100 people to write to their local MP asking for a meeting to discuss the status and future of the Act. As yet, no LNP reps have agreed to meet. They have either directed their constituents to the official line (as per Greg Donnelly’s speech below) or simply not replied.

The government’s inaction and its lack of response leaves an un-answered  question ‘Why the delay?’ And the fear that business may be interfering with parliamentary process.

AMUST readers are encouraged to contact their local member to urge them to support the NSW MSA and to advise on its status. It is as easy as a click via a link on the Be Slavery Free website: https://beslaveryfree.com/nsw-msa

Please let us know what response you get. Meanwhile coped below is Greg Donnelly’s speech in full.

I have spoken twice in the House this year about what I believe are the Premier’s and Government’s clear intention to make sure that the NSW Modern Slavery Act 2018 never makes it onto the statute books of this state. Actions of course speak louder than words and so, if the Premier and the Government revise their current position and get the NSW Modern Slavery Act 2018 proclaimed and thus fully enacted, I will be more than happy to have been proven wrong.

Honourable Members are well aware of the chronology of this matter so I will not repeat it. Suffice it to say a Government controlled committee, of which I was a member, tabled its report into the NSW Modern Slavery Act 2018 and associated matters on 25th March this year; coming up to five months ago. As you would expect the Government used its numbers on the committee to get its way with respect to the content of the report and its recommendations.

Recommendation 1 of the report says:

“That the NSW Government proceed to introduce amendments to the Modern Slavery Act 2018 taking into consideration the comments and recommendations of this report, with the aim of the Act commencing on or before 1st January 2021.”

I have formed the view, and continue to hold the view that nobody should get too carried away with the wording in Recommendation 1 or indeed the wording in any of the other 16 Recommendations. You don’t need to be a lawyer to know wording like “taking into consideration”, “seek harmonisation”, “consider and work to resolve” etc creates a great deal of wriggle room. And I mean wriggle with a capital W.

However, the fact of the matter is this. The committee report and its recommendations say what they say, but the will of this Parliament must prevail. The NSW Modern Slavery Act 2018 was passed by the Legislative Council on 21st June 2018 after extensive debate and amendments made to it in the other place. Some people, including myself were not completely happy with all the amendments made to it in the Legislative Assembly nevertheless, we supported it. What was achieved was ground-breaking and a splendid achievement that this Parliament can be very proud of. It therefore came as a great shock when it was discovered in May 2019 that the Government had not proclaimed the new Act, instead deciding to put it quietly into the deep freezer.

I draw honourable Member’s attention to an article written by Ms Anna Patty in the Sydney Morning Herald that appeared in the 30th July edition. The sixth last paragraph in the article read as follows:

“A NSW government spokeswoman said it would respond to the Standing Committee on Social Issues which tabled its report on the inquiry on March 25 “later this year”. “The government is carefully considering the committee’s recommendations,” she said.”

These comments from the unnamed Government spokeswomen has confirmed my suspicion. The comment “later this year” means 25th September, exactly six months after the report was tabled with the Legislative Council.

If one fast forwards to 25th September, that leaves only 12 sitting days left before the Parliament rises for the Christmas recess. The window thus created by the Government to get any necessary amendments to the unproclaimed NSW Modern Slavery Act 2018 drafted (with all the necessary checks and double-checks) and then adding in all the intermediate stages leading to the formal debates and passage through both the Legislative Assembly and Legislative Council, is very small i.e. 25th September – 19th November. Furthermore, necessary regulations have to be fully developed and finalised.

Moreover, this scenario assumes no try-ons by the Government i.e. they propose only minor or technical amendments to the unproclaimed NSW Modern Slavery Act 2018. If they bowl up major amendments which I expect is highly likely, this action will kick the whole thing into 2021.

In conclusion can I take this opportunity to thank two outstanding anti-slavery NGOs that are working tirelessly to bring about the full enactment of the NSW Modern Slavery Act 2018, Be Slavery Free and War on Slavery. Specifically, can I thank Carolyn and Fuzz Kitto from Be Slavery Free and Jane Jeffes and Becky Honey from War on Slavery. It was a most impressive achievement to be able to get 117 organisations, academics, lawyers, community and faith leaders to co-sign a letter on 20th July urging the Premier to end the delay and bring the state’s historic Modern Slavery Act 2018 into force by 1st January 2021. I sincerely hope the Premier heeds their call and accordingly fulfils the summons she made in her speech on the bill in the Legislative Assembly on 6th June 2018 when she said:

“There is an undeniable moral imperative to take action in relation to all forms of modern slavery.”’ 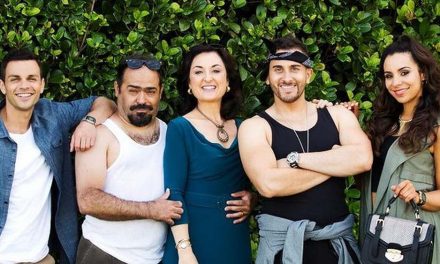