I recently came across a WhatsApp video regarding a COVID-19 lockdown conspiracy theory by a Muslim speaker, Sufyan Khalifa, addressing a Muslim audience.

I thought it important to address the content of such a talk. Sufyan Khalifa describes the Melbourne lockdown as a ‘hostage situation’ and the COVID-19 “plandemic” as a hoax by Dajjal.

He continues on with his bleak, dystopian, science-fiction outlook, which gets more and more absurd and paranoid in the course of the video.

He compares Victorian Premier Daniel Andrews to “Fir’aon” (Quran 40:29) – simply because he is a person in authority and is trying “guide his people to a good policy”. One is a person who called himself a God among men and enslaved and killed people and one implemented a lockdown to mitigate a pandemic. What is the comparison?

If anything, a lockdown is closer to what is plainly described in Islamic teachings through the hadith: “If you hear of an outbreak of plague in a land, do not enter it; but if the plague breaks out in a place while you are in it, do not leave that place.” (Bukhari, #5728)

Medieval Muslim historian Ibn Khaldun descibes the practice of what can now be described as social/physical distancing in Al-Muqaddimah, and quarantining patients has been a practice of the Ottomans in the 1800s.

It is inappropriate to evoke the Qur’an and sunnah without a grasp of the facts.

In this video, no proof is given, nor references provided. Instead, he uses condescension, ridicule and rhetoric, with misspelled dot-points. The rants are not even original, but re-combinations of existing conspiracy theories of a New World Order, anti-vaxxer and the Antichrist packaged for a Muslim audience.

One of the defining characteristics of conspiracy thinking is that it is resistant to challenge, unfalsifiable and self-sealing. Ironically, a lack of evidence is often taken as evidence of a mass coverup.

Why it weakens society

Beliefs in such conspiracy theories and paranoid thoughts may be appealing because it provides an easy to understand, emotion laden explanation and may even allay deeper insecurities of incompetence or inferiority  by displacing blame to figures in authority. In times of uncertain and unusual occurrences, or a lack of adequate information, it can help regain a sense of control. Or perhaps to feel a sense of belonging.

Such  thinking weakens our society because  it removes accountability from the community and promotes a sense of hopelessness about the state of the world. It decreases engagement with power structures and discourages participation  in politics and activism to shape larger change in society.  This would  result in  a society that does not value evidence or truth  and relies on pure emotion and provocation.

Instead of engaging in this type of rhetoric, we should be generating  ideas on how to implement a more nuanced lockdown that will actually benefit our community instead of a nihilistic approach.

Yes, real conspiracies do exist. But actual attempts to deceive the public will be uncovered through healthy skepticism, evidence, and consistency, not conspiratorial thinking.

It must be noted that there is plentiful information about COVID-19 available from a myriad of sources:  people who have gone through COVID-19, personal anecdotes, medical journal articles about the virus’s viability and action and health websites giving guidelines to protect against the virus.

The low number of deaths by COVID-19, compared to other diseases in Australia is no reason to stop a lockdown- as we know, it can get a lot worse if allowed to spread unchecked, based on its highly infectious nature. It’s like saying that there is no further need for an umbrella, because you haven’t gotten wet yet.

How do we protect against it

We can reduce the spread of such thinking by

a) warning people about such theories floating around,

b) questioning the sources,

d) allaying curiosity through reliable sources like medical journals & official regulatory bodies, or learning the basics of sciences like biology and physics, logic and reason.

There is still much work to be done.

Hannan Mansuri is a research student at the University of Sydney. 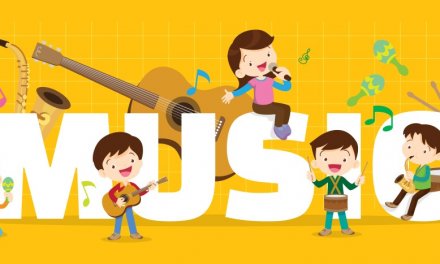 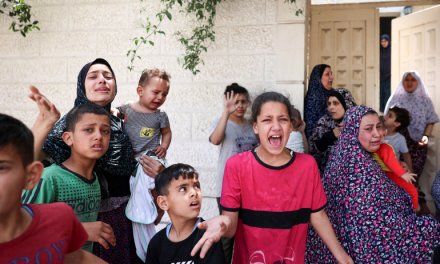